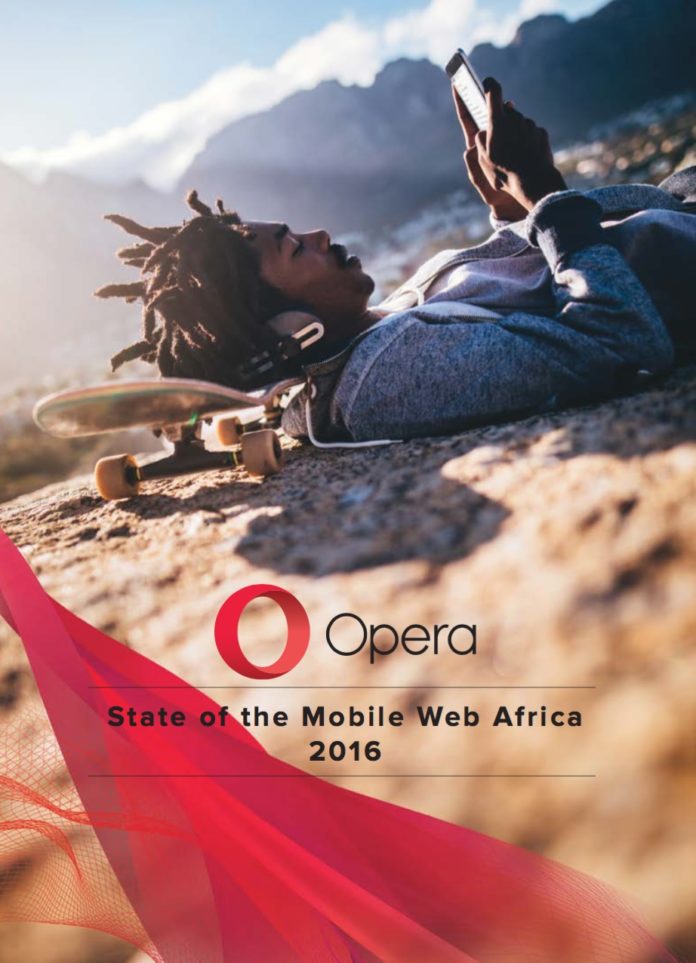 Internet company, Opera has released its State of the Mobile Web Africa 2016 Report, indicating it currently has 100 million users in Africa, with an 86.41% market share in Kenya, 71.83% in Nigeria and 53.1% in South Africa. The report also highlights mobile internet trends across the continent, including consumer browsing behaviour and app usage.

Opera – known for its compression technology and mobile browsers, including – compiles regular global mobile web reports, shedding light on opportunities and challenges within the digital environment.

Ghanaians, Kenyans, Seychellois and Mauritians are the highest data users with an average usage of over 160MB/month. Findings also show that visits to streaming video websites on Opera Mini in Africa have increased by 36% since 2012. Users from Tanzania (22%) are most likely to visit YouTube followed by South Africa (20%) and Ghana (19%).

South Africa ranks first in Africa in terms of app usage, with a third of its population using mobile applications, followed by 31% in Ghana, 28% in Nigeria, 19% in Kenya and 18% in Uganda. Nigerians are regular social media users with 70% of Nigeria’s 16 million Facebook users accessing the site via Opera Mini. In addition, Opera Mini users are accessing local news as much as 300% more than in 2014.

“We believe data compression is as relevant and useful now as it was a decade ago – in fact, with the growth of smartphone penetration coupled with prohibitively high data costs, it’s a critical enabler,” says Richard Monday, VP for Opera, Africa.

He added: “The #DataMustFall movement in South Africa demonstrates that people don’t feel like they’re getting value for money. The compression technology used in Opera Mini and Opera Max helps consumers save on data costs and addresses issues relating to congestion and page sizes. Ultimately, a lighter mobile web enhances usability, functionality and access – even in poor network conditions.”

In 2016, Opera’s compression technology has allowed South Africans to save approximately US$111m in data costs, with Nigerians and Kenyans saving US$280m and US$116m, respectively.