Eyewitnesses say the altercation happened as Dr Besigye, who was the flag bearer for the Forum for Democratic Change (FDC) tried to access Uganda House, to meet his lawyer Ladislaus Rwakafuzi. Uganda House is also the headquarters of the opposition Uganda Peoples Congress (UPC) party.

Since November last year, during the electioneering period, Dr Besigye had had several run-ins with the police, often resulting in his arrest and detention at different security facilities around the country.

Earlier today Dr Besigye was at the Nakawa Magistrate’s Court where his treason case was adjourned to January 25, next year. But before leaving Nakawa court after the adjournment Dr Besigye had a message for court; apparently January 25 is the last day he will appear before a magistrate.

‘Next time I appear and this case is not committed to the High Court, I will not come back. This court has no powers to hear this case,” he was quoted as saying. 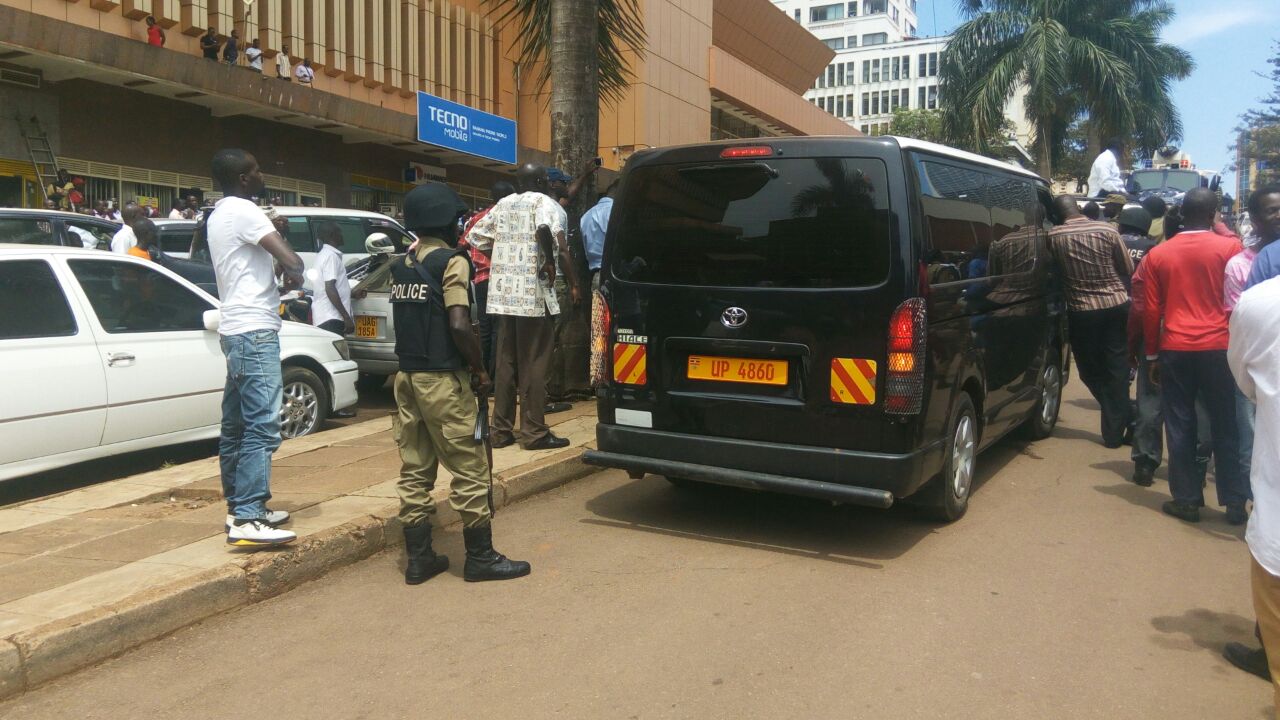 Meanwhile, by press time Dr Besigye had been driven to Kira Road police station, but efforts to establish the charges leveled against him were futile. However, he was later reportedly taken to his home in Kasangati under heavy police escort.