According to court, Mr Mwesigye is to answer to three counts: assault, occasioning (bodily) harm and causing malicious damage to property, all reportedly against WBS TV journalist Andrew Lwanga on January 12, 2015. 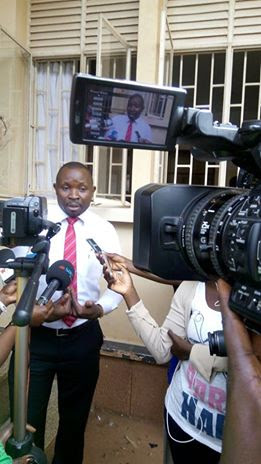 It is said that on Jan 12, 2015, as Mr Lwanga was on duty covering a demonstration by the youth in downtown Kampala, Mr Mwesigye attacked and beat him to near pulp, in the process damaging his spinal cord, a development that has made Mr Lwanga unable to walk unassisted.

And today, the magistrate adjourned the case to December 7, when the defence will present its side.