Rwenzururu King Charles Wesley Mumbere has been charged with the murder of Police Constable Geoffrey Kasimba in March this year.

Mumbere, , was this afternoon arraigned before the Jinja Magistrate’s court, but was not allowed to take plea for the capital offence, and was subsequently remanded to December 13, 2016.

‘Charles Wesley Mumbere and others still at large on the 24th Day of March, 2016 at FFU detach in Kidodo Cell, in Central Division Kasese Municipality in Kasese district murdered No.53221 PC Kasimba Geoffrey,’ the police charge sheet A 59/2016 read in part.

By press time it was not possible to get a comment from police about the jurisdiction but a lawyer, speaking on condition of anonymity, said the Jinja court where he was arraigned has no jurisdiction, since the alleged crime was not committed in the eastern town. However, in correspondences seen by EagleOnline the Director of Public Prosecution, Mike Chibita yesterday wrote to the Chief Justice Bart Katureebe seeking for permission to allow Jinja Magistrate Court to try Mr. Mumbere. And in a letter dated November 29, 2016, Mr.Katureebe granted Chibita permission to try him in Jinja. 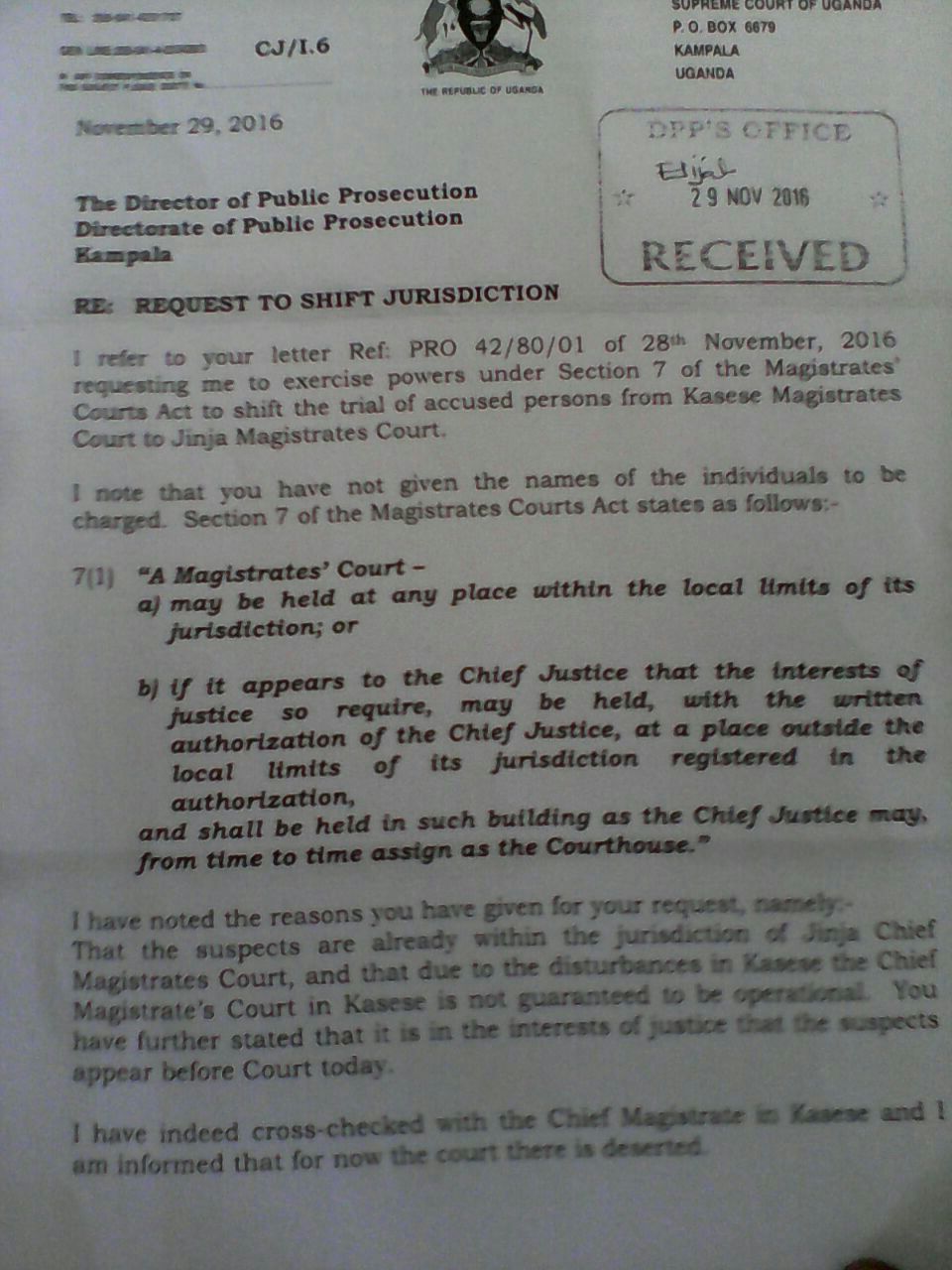 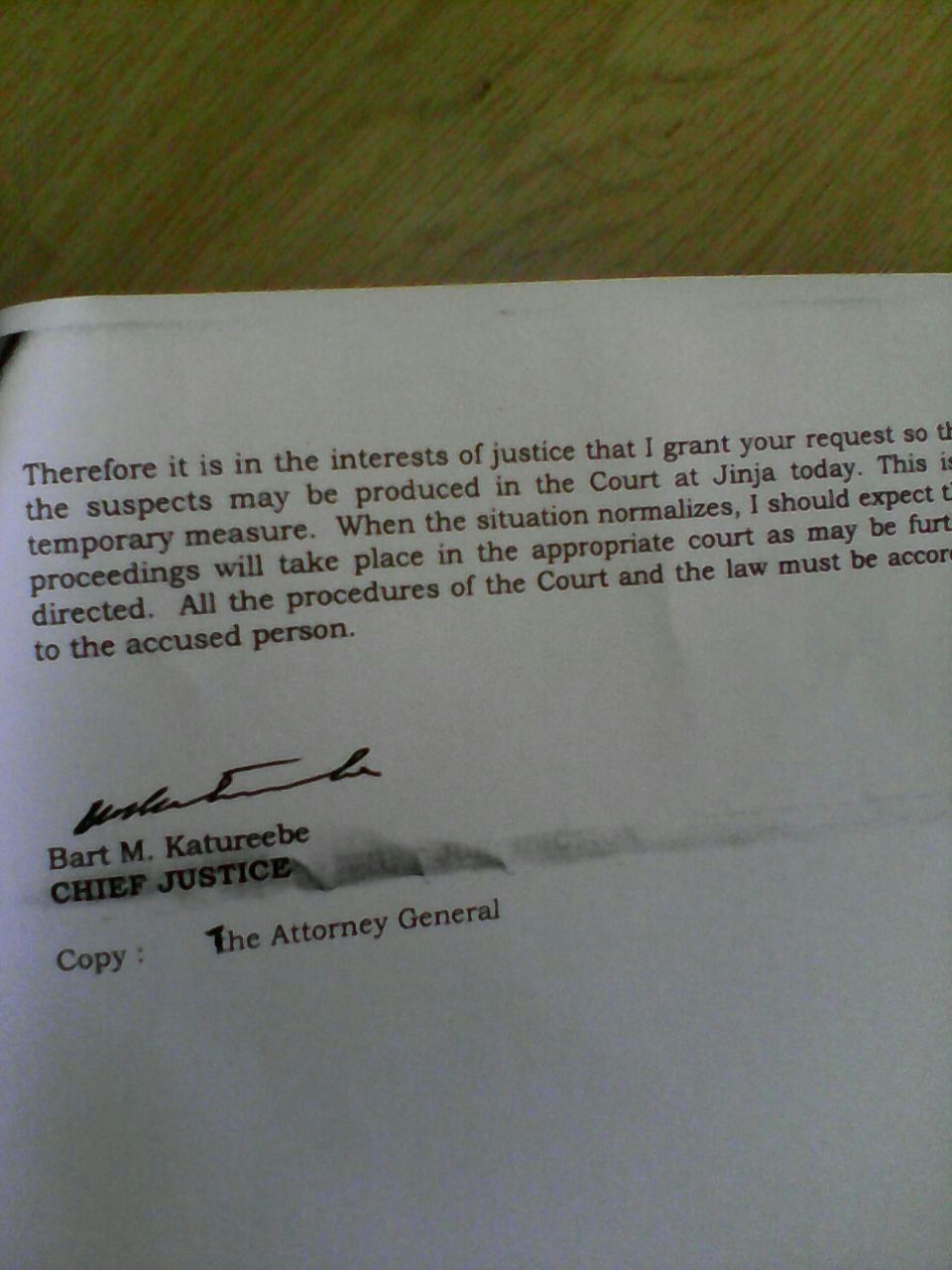 Mumbere was arrested and detained at Nalufenya Police Station in Jinja, following the recent outbreak of violence in Kasese that saw more than 100 people dead on Saturday and Sunday. 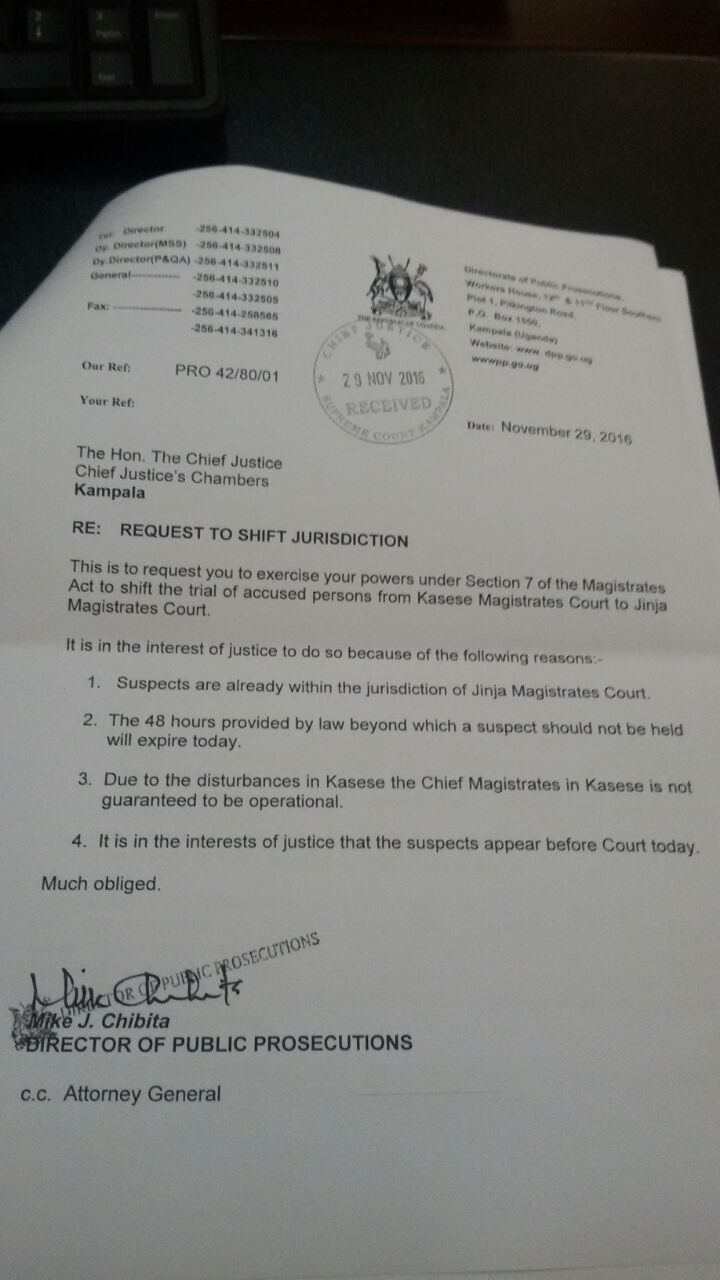 It is not clear if Mumbere himself participated in the recent gun fight but UPDF Division 2 Commander Brigadier Peter Elwelu said the King defied President Museveni’s directive to disband the royal guards, prompting the recent attack on his palace, based on ‘intelligence’ that the planning and command was inside the palace.

And in the ensuing fighting that broke out, over 50 people who were inside the palace where shot dead by forces but police said the forces also lost 14 policemen and two UPDF officers.