As promised, the 15th edition of Blankets and Wine Kampala lived up to its billing. With a mild drizzle in the afternoon, the weather was just perfect for the event on this largely sunny day.

From the lineup of artistes, the festivities, the guest list to the fashion sense; everything seemed to naturally fall in place. Multi-instrumentalist Giovanni Kiyingi, The Mith, Jemimah Sanyu, DJ Naselow and Alikiba from Tanzania were the headline acts.

The performances were kicked off by Jemimah Sanyu, who sang many of her songs off her ‘Amaaso go googera’ album.

Not only did Giovanni Kiyingi impress with the smooth sounds from his many instruments, he also showed vocal prowess. He sang some of the songs from his latest album as well as some from his highly anticipated album.

By the time Hip hop artiste, The Mith took to the stage, the crowd was on their feet. The rapper made his performance interactive as his band backed him up.

The day’s deejays, FEM DJ who kept the crowd entertained and dancing in between acts, and DJ Naselow who kept them dancing even after Alikiba’s performance, were a thrilling addition to the lineup. 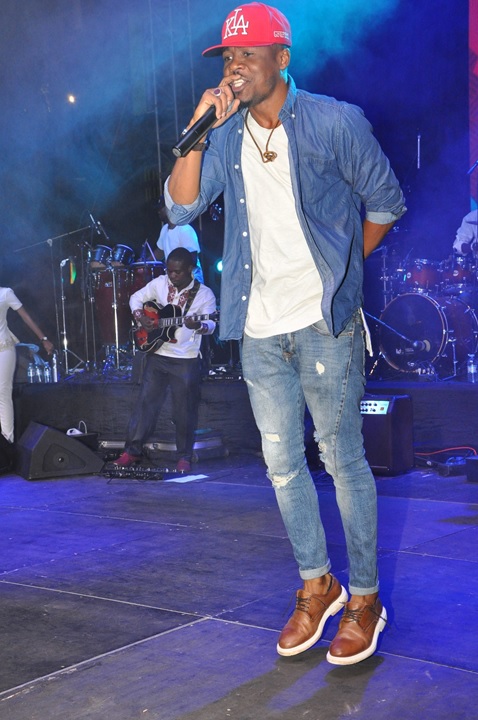 The headlining act, ‘Alikiba’, famous for his songs like; ‘Mwana’ ‘Aje’ and ‘Chekecha cheketua’ showed just how much afro music is loved.

When he finally kicked off his performance, it was a case of ‘who could jump highest, who would bend lowest and who would shake best.’ The artiste, who also loves dancing, played songs like ‘Cinderella’, ‘Nakshi Nakshi’, ‘Usiniseme’, ‘Dushelele’ and ‘Single Boy’, which brought out some insane dance strokes from revelers.

“This year we wanted to bring in a new musical experience to the Blankets and Wine event. Alikiba, whose music is loved and danced to, and is dominating international airwaves, was the perfect choice. For Tusker Malt Lager, this is our way of showing our appreciation to our consumers by giving them the best,” said Alex Tusingwire, the Tusker Malt Lager Brand Manager.

A quarterly picnic style music festival, Blankets and Wine is sponsored by Tusker Malt Lager alongside other partners including House of DJs.