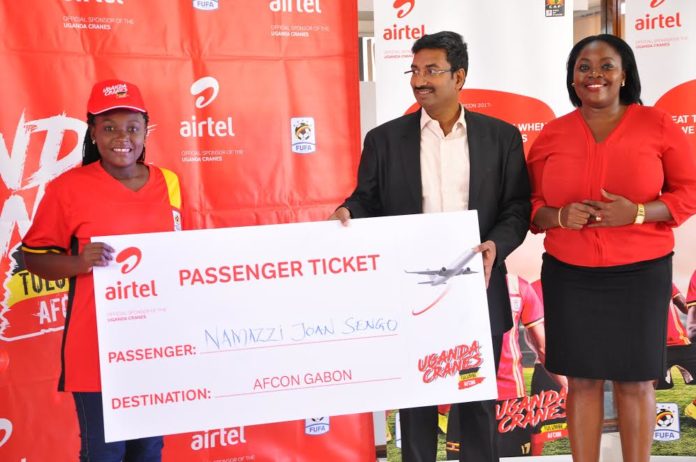 Airtel Uganda has today December 30, 2016 handed prizes worth millions of shillings to lucky winners in third draw of their Tulumbe AFCONcampaign.

“Our support for the development of football in Uganda begins at the grassroots with our Airtel Rising Stars platform. That support is further displayed in our sponsorship of the Uganda National Football team; the Uganda Cranes who as you know made history this year by qualifying for the 2017 AFCON tournament.”

“It is upon this win that Tulumbe AFCON was built. Essentially, Airtel is rallying Ugandans to support the Uganda Cranes as they head to Gabon in January 2917,” she added.

Also speaking at the event, Phanindra Nichanametla, Airtel Uganda’s Finance Director congratulated the winners and encouraged the rest of the country to actively participate in the campaign saying, “These winners are from various parts of the country including Mbale, Masindi, Hoima and Bulooba, among others. My hope is that this will encourage everyone across Uganda to participate in Tulumbe AFCON.”

The day’s big winner, Ms. Joan Namazi Sengo took home the coveted ticket for 2 to an all-expenses trip to Gabon come January. Ms. Namazi is also the first female winner of the tickets to Gabon. Barely able to contain her excitement, she expressed her gratitude to Airtel Uganda and support to the Uganda Cranes. 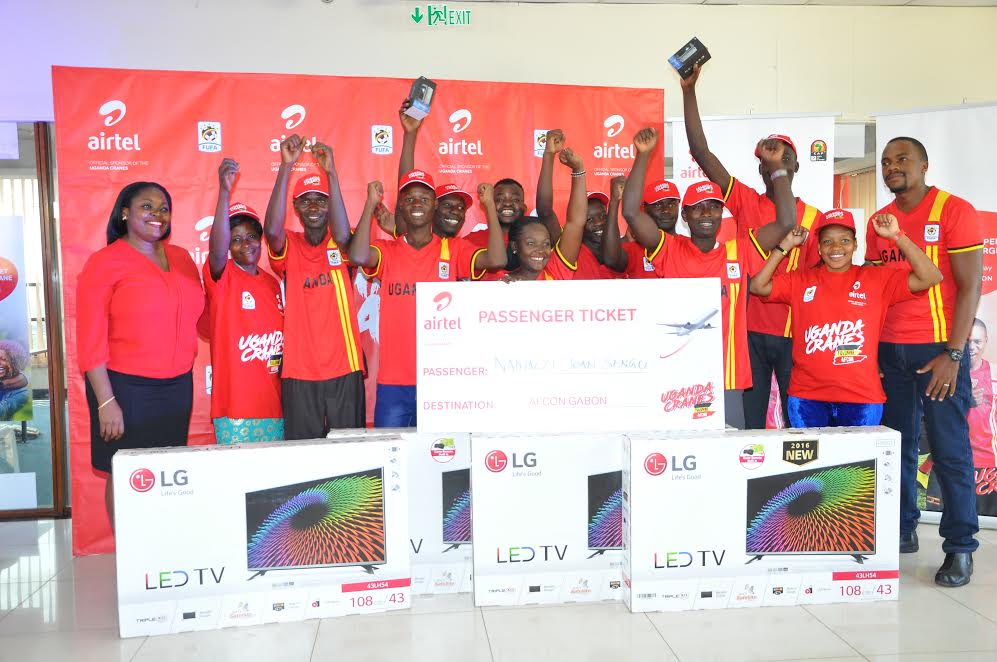 This is the third round of subscribers to benefit from the Tulumbe AFCON campaign.

For one to take part in the campaign, Airtel Uganda subscribers are required to dial *162#, where they have the choice to opt into the campaign by selecting option 1. Customers will then be made aware of their target and will be required to recharge and use Airtel Uganda services up to this target. Upon reaching the targets, subscribers will receive 100 per cent bonus, which, on accumulation, will be rewarded to them as airtime to be used for voice (prepaid), data and SMS.

Participants are entered into a weekly draw where they could win 5 TVs, smartphones, and an iPhone 6 Plus. The grand prize of a pair of tickets to Gabon is awarded fortnightly. Winners will be contacted by Airtel on 0752-600-222.