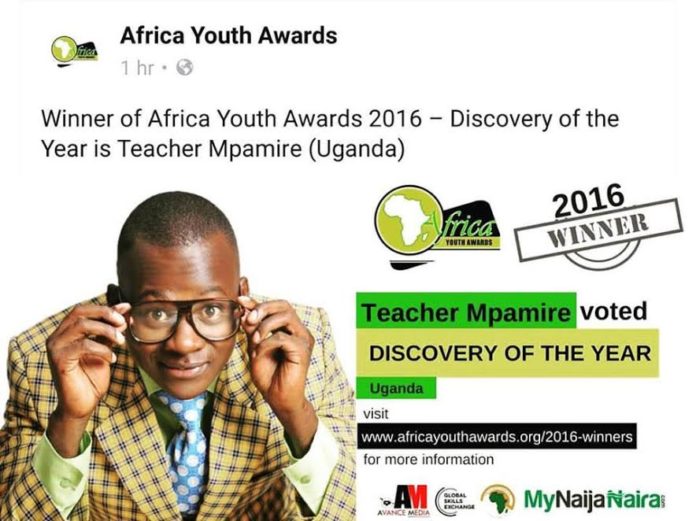 This is after he won the award of ‘Discovery of the year’ at the Africa Youth Awards 2016. The Awards were held yesterday (Sunday) January 1, 2017 in Accra, Ghana.

Launched in 2014, the Africa Youth Awards is a prestige award scheme aimed at appreciating the works of young Africans in Africa and the diaspora.

The awards scheme was inspired by the lack of recognition for young Africans who have selflessly dedicated their lives to making sure the future of Africa is optimistic.