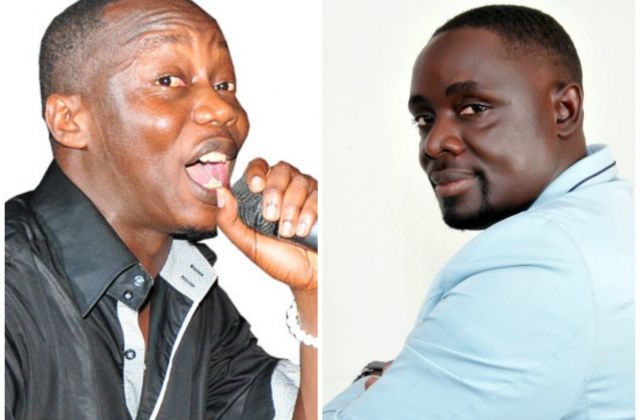 Late last year singer Geoffrey Lutaya was involved in a fight with his former friends-turned foes.

This happened at his father’s burial in Kyotera, Rakai district, where Mesach Ssemakula and his music group, Golden Band had turned up to pay their last respects to the fallen father of their once close friend.

But when Guster Lule popularly known as Ntakke the MC of the day called them to escort Geoffrey Lutaaya to lay a wreath on the casket, a furious Lutaya chased them away.

In fact, he even tore Shs700, 000 they had brought as condolences into pieces. His actions would hand him public criticism.

We have reliably been informed that friends and elders have been trying to mediate between both camps but De Nu Eagles boss, Lutaya rejected the talks. He is not ready to forgive Mesach’s camp.

Mesach’s camp bitterly fell out in 2014 after close to two decades together as Eagles Production. They accused Lutaya, who had just wedded of greed and misappropriation of funds. The runaway group, was named Golden Band.

However, for a long time, both camps have been accusing each other of witchcraft.

Bank of Uganda makes a loss of Shs2 trillion

Don’t use parliament for demonstrations-Kadaga warns