The elections had pitted the party’s electoral commission against contenders of the six slot over the rules of procedure but the voting was postponed to day February 8, 2017.

Despite the chaotic scenes yesterday, the party reached a position and elected its representative to the restive regional body. 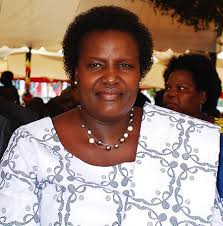 Over 30 people contested for the six slots reserved for NRM while three slots are reserved for the opposition, making the total number of representatives  nine,  who are to represent Uganda to the Arusha based regional parliament.