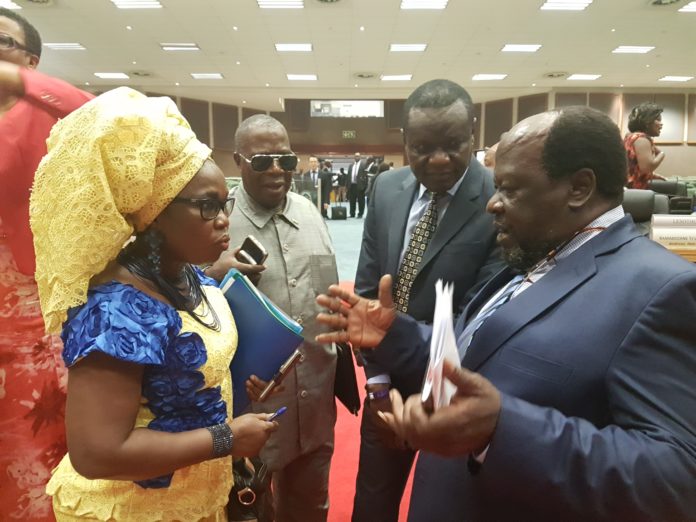 The Pan African Members of Parliament currently in South Africa have debated their security concerns and taken a common position which shall be submitted to the South African government and the Heads of State of the various African nations represented in the continental legislature.

The unanimous decision follows an armed attack on Pan African Parliament legislators in Midrand, South Africa on Sunday night, March 5, as the continental MPs converged for the Fourth Parliament’s extraordinary plenary session, which ends March 11. The thugs trailed a delegation composed of MPs from Kenya, Mozambique and Tanzania from OR Tambo Airport, Johannesburg, to Mercure Hotel where they robbed them at gunpoint. An interpreter to the Kenyan delegation was seriously injured when thugs hit her on the forehead with a pistol butt, and then the thugs made off with personal property including money, passports and bags.

“We had assurances from Police and the Government of South Africa that such incidences would not happen again,” PAP President, Roger Nkodo said, adding that the issues of security were the responsibility of the host country and not the PAP Speaker.

This is the second time the MPs are being robbed in South Africa; in August last year, four Uganda legislators were attacked by armed robbers on arrival at the gate of their hotel, KariBou-Inn Guest House, in Johannesburg where they were robbed of money and travel documents. The MPs were headed to Durban for a benchmark visit to the Amandla fertilizer plant.

In the same month, Hon. Aissatou Sow Diawara (Senegal) was shot and critically injured while enroute to her hotel from the airport. There have been reported attacks on MPs in August 2015, October 2015, March 2016 and July 2016

Legislators demanded to know the interim measures that the continental Parliament had put in place in the wake of the recent attacks.

“We are the most important VVIPs from our governments. We are not tourists.  What is the way forward in the interim?” a visibly angry legislator asked.

Ugandan legislator Hon. Jacquiline Amongin, who is also the leader of the PAP delegation, reiterated the Members’ security concerns and said MPs should be provided police escorts to and from the airport with guards manning the hotels.