Whilst most rival companies compete to outdo each other’s products in a bid to monopolize their respective markets, Harris International, the manufacturers of Riham Cola, allegedly rides on the creativity of rival companies and their products’ success.

According to social media rants by sections of Ugandans, Riham, the Kawempe-based soft drinks manufacturer, uses advert designers or agencies that are disrespectful of its competitors products’ copyrights and trademarks.

At issue is the ‘Sky View’ advert, announcing Harris International’s latest product, which social media activists said is almost a replica of the advert announcing ‘Mountain Dew’, a product of the rival Nakawa-based soft drinks manufacturer Crown Beverages Limited, producers of Pepsi-Cola and Mirinda among other brands. 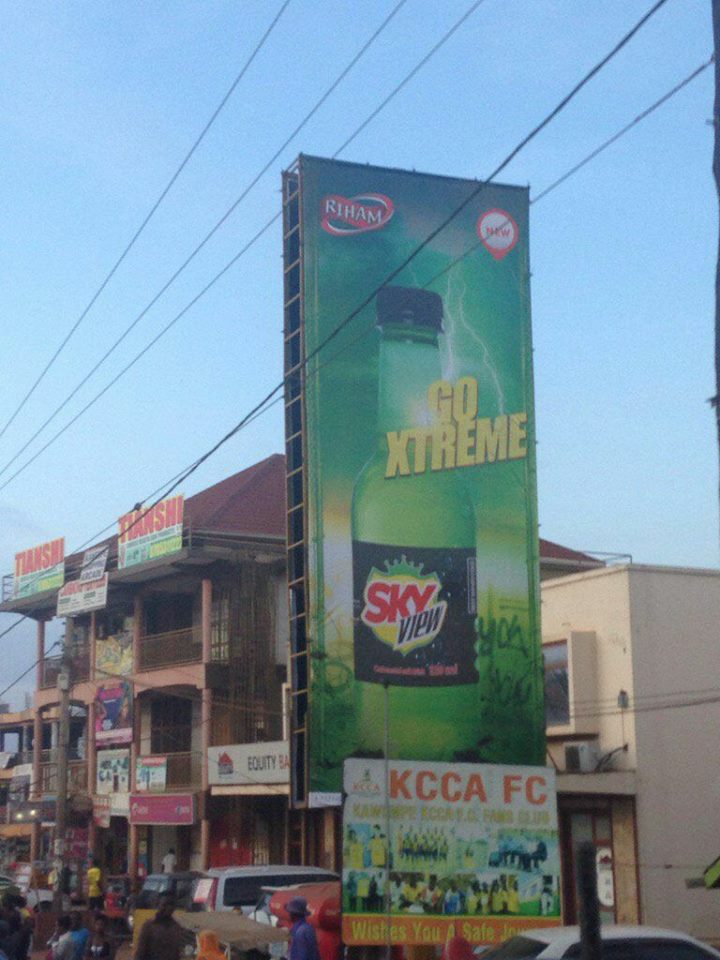 According to the critics, the advert that announced the release of ‘Sky View’ didn’t only incorporate certain themes or ideas behind the original Mountain-Dew advert, but instead ‘stole’ the whole advert pixels and all with only a few tweaks done to a few details like the names and tagline.

‘This is what happens when a company or brand leaves the skilled and qualified individuals out and hires someone because he or she is related to the HR or marketers. Can I say Riham Copywriter and Designer ‘copied-and-pasted’ the Mountain Dew art work. But where is Uganda heading?” someone going by the moniker MC Young Wizy, a ‘digital content writer and social media guru’, wrote on his Facebook page.

John Edwin Danze, a Digital Marketer with NBS Television expressed concern over the advert when he posted the picture and captions: “Ladies and Gentlemen, I present to you Riham Cola Sky View aka poor man’s Mountain Dew. They took ‘Do the Dew’ very literally. How is this even legal!?” he asked.

A couple of other people weighed in, with some calling for the company to be sued while others called for close monitoring and regulatory specifics by the Uganda Communications Commission, to control such emerging challenges.

According to the Riham adverts’ critics, the company’s media and advertising department blatantly ‘copy-pastes’ work and signature marks that are already in circulation to distinguish a particular product.

They charge that this is not the first time the Kawempe-based factory has tried to duplicate, reproduce or plagiarise the works and innovations of rival companies for its own marketing strategies.

According to them, in 2013 Coca Cola sued Harris International over trademark infringement, although the case was settled out of court.

“This has not hindered anything as more products with similar tell-tale signs of duplicity continue to hit the market; a clear indicator of Uganda’s ever prevalent atmosphere of mediocrity,” said another critic, speaking on condition of anonymity.

However, contacted Harris International denied it had an idea such similarities between the two products existed.

“No, not at all. These are two separate products and Sky View is our very own product that has nothing to do with the other…,” an official said.

Another product that brought them under scrutiny in 2013 was their famous Riham Cola that had distinct similarities to Coca Cola’s Coke.