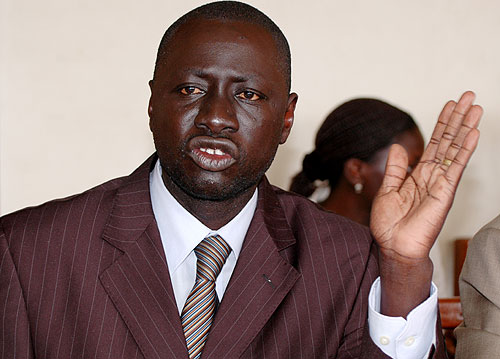 Members of Parliament from across the political divide, mostly those from the opposition, have expressed disappointment at the way the economy has been managed. They were reacting to a report by the committee on national economy, highlighting the performance of the economy between 2015/16.

First to fire off was Aswa county MP Reagan Okumu, who said the state of Uganda’s economy is akin to a ‘ boda boda economy’.

“My concern though is the inequality, how many classes do we have?” he asked, adding: “What is the impact that corruption has on our economy? The committee didn’t bring this out. When it comes to security, is Govt focusing more on suppression and ignoring other parts of security?”

Kiira Municipality MP Ibrahim Ssemujju Nganda also had no kind words for the poor performance of the economy.

“If we have all MPs on government side lamenting that we can’t manage the economy, what are you doing in Government?”

“If you in Government are lamenting about a failed economy, what are you doing in Government? We have Ugandans who are just living on food handouts.

“Museveni has aged, look at those nearest to him, from the VP to PM, they are all candidates for retirement. Museveni recently called those in Finance thieves, this is what we in defiance have been saying, maybe he is joining,” Ssemujju said.

“We have borrowed internationally in dollars yet our shilling is weakening and we have to pay back in dollars.”

“When we look at the goods coming into the country and those leaving, is there a balance?” Kampala Women MP, Nabillah Nagayi wondered.

Alex Ruhunda, MP for Fort Portal said that when it comes to economic growth in East Africa, only Rwanda has the most competent leaders.

“When you look at the economic growth in EA, the leadership of Rwanda takes competence very seriously.”

Masaka Municipality MP, Mathias Mpuuga called for the revision of our credit model if we are to build our economy.

“Our borrowing is impulsive, we are going to mortgage this country if we are not careful.”

“The back bone of our economy is agriculture, how much money have we invested in agriculture?” Mbale Municipality MP, Jack Wamanga asked.

However, the State Minister for Economic Planning David Bahati laughed them off, urging them to compare Uganda’s GDP in 1986 (when president Museveni assumed power) with that of today.

But MP Ruhunda, a member of the budget committee was not satisfied, and tasked Bahati to explain why select companies that are making huge profits are allowed to fleece Ugandans of hard earned taxes and money.