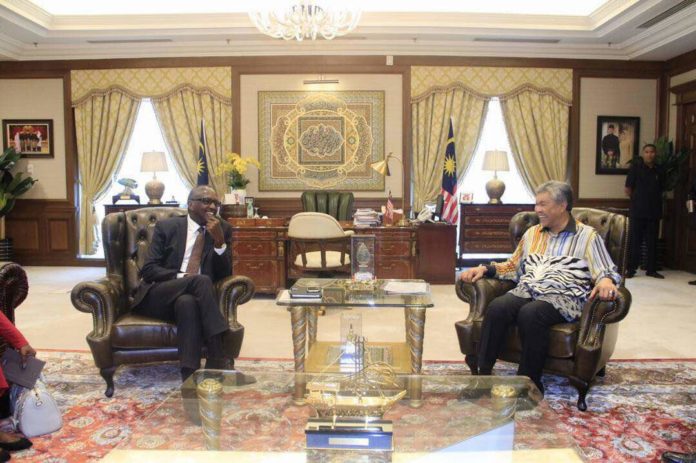 The Minister for Security, Lieutenant General Henry Tumukunde has paid a courtesy call on Malaysian Deputy Prime Minister and Minister of Home Affairs Dr. Ahmed Zahid Hamid, with the two discussing technical cooperation and capacity building in the security sector.

Lt. Gen.Tumukunde’s visit comes against the backdrop of strong efforts by the government of Uganda to identify trafficking victims and stamping it out the vice.

Dr. Hamid expressed the willingness of his country to cooperate with Uganda to wipe out the vice. Currently Uganda sends one senior officer every year for training.

In 2002, at least 600 Ugandan girls were reported to have been forced into Malaysia’s sex trade in what was later recognized as a human trafficking epidemic leading to establishment of the special investigative unit on the trafficking of persons.

Lt. Gen. Tumukunde, who extended an invitation to Dr. Hamid to visit next year, was accompanied on the visit by Uganda’s outgoing High Commissioner to Malaysia Stephen Mubiru and businessman Habib Kagimu.