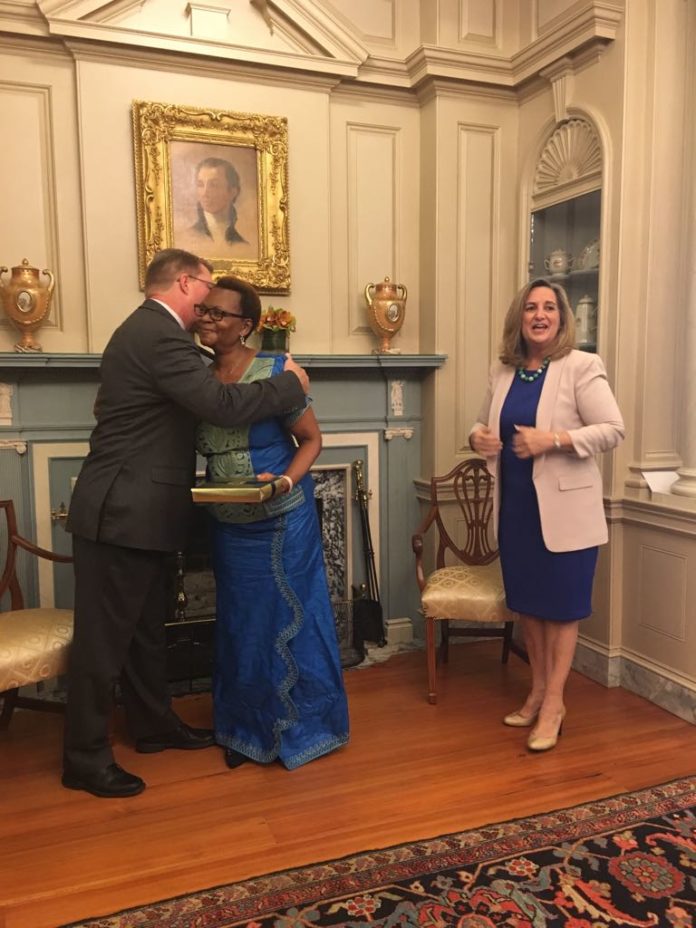 Ambassador Oliver Wonekha the outgoing Ambassador of Uganda to the United States of America handover her office on Friday last week.

Amb. Wonekha was posted to Kigali in the last reshuffle and she will be replacing Amb. Richard Kabonero who was posted to Tanzania. 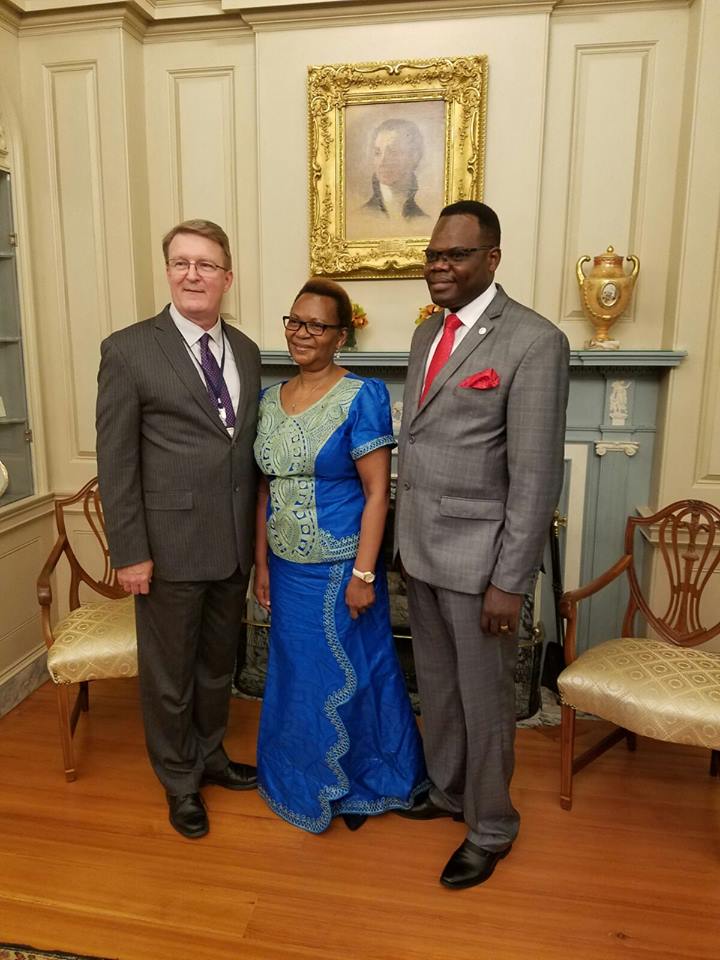 Wonekha has been head of mission since May 2013, made her official farewell at a US State Department ceremony in Washington DC on April 27 2017. 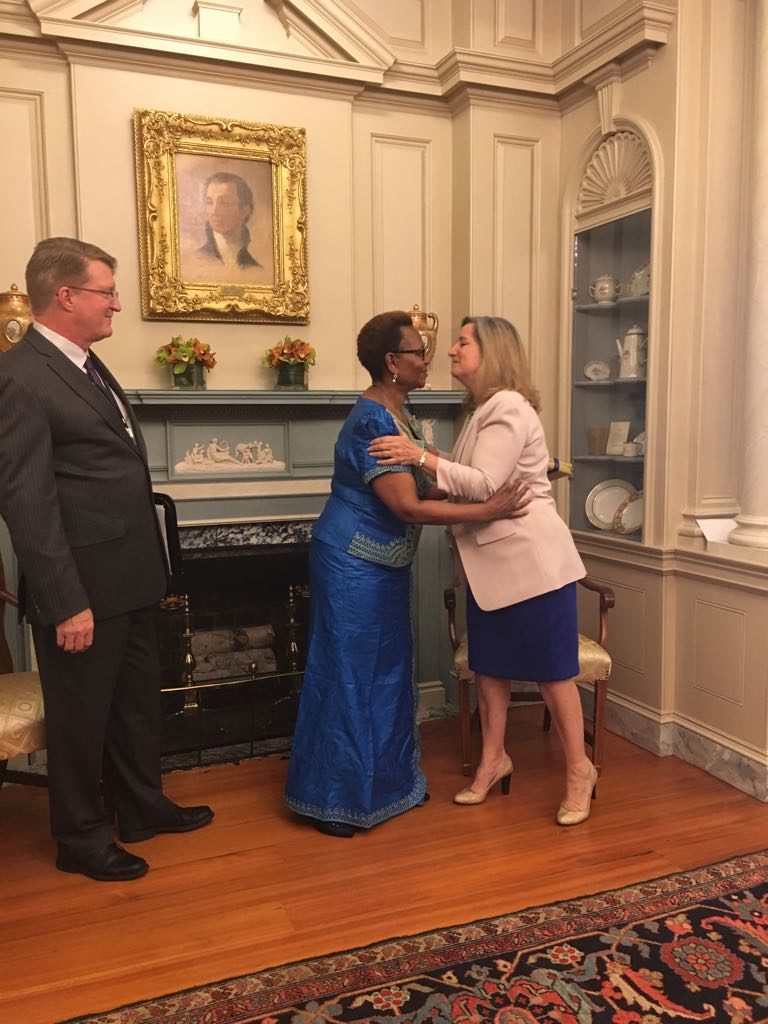 She handed over office to Mr Dickson Ogwang as Charge D’Affaires a.i. and will now proceed to Kampala to await agreement as Uganda’s High Commissioner to Rwanda.