There could be tough times ahead for journalists as the Press Freedom Index Report of 2016 shows how political intolerance stifles media.

In Uganda the report indicates that the police tops the list of violators of media freedom for the 4th year running, and quotes the Human Rights Network for Journalists (HRNJ) National Coordinator Robert Sempala said all media platforms in the country irrespective of the ownership were covered through investigations for the over 135 cases reported, and that the Uganda police force topped the list with 83 cases, about two-thirds of the total violations.

Giving an overview of report Sempala added that most of the attacks have been directed at the female journalists. He also said that the election year (2016) exposed journalists to unprecedented attacks, adding that there was no government intervention to improve the legal and policy framework to enhance the media freedoms.

Nils Mueller, the Uganda Director for Democracy, Governance and conflict programs for USAID launched the FRIR 2016, and speaking during the launch Emillian Kayima, the Kampala Metropolitan Police (KMP) spokesperson cautioned journalists about professionalism in line with their duty and also asked a team from HRNJ-U to schedule a meeting with the Uganda police. 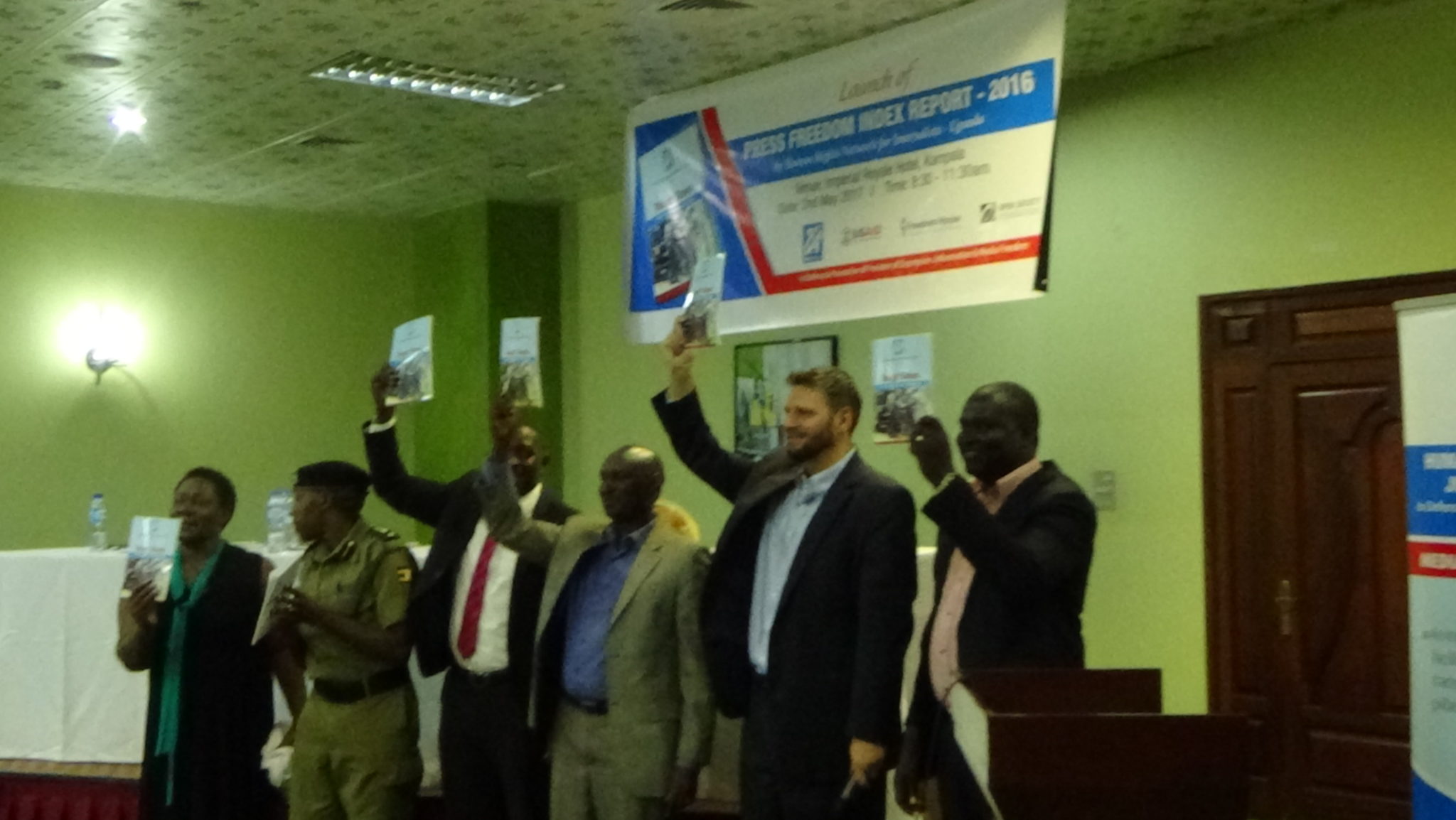 ‘’I would like to ask Robert (Sempala) and his team to sit with the Uganda police leadership and analyse all the cases and give updates, and have the resolutions included in the next PRIR,” Senior Superintendent of Police (SSP) Kayima implored.