The President, who is attending the World Economic Forum in Durban, South Africa, made the call as he witnessed the signing of Memoranda of Understanding between two German companies and the Uganda government on the sidelines of the forum.

The agreement between Uganda, Siemens and MMEC Mannesmann GmbH is about cooperation in the fields of power supply, industry, transportation and healthcare. Greater focus will be on increasing the country’s electricity generating capacities and connecting more Ugandans to the power grid. 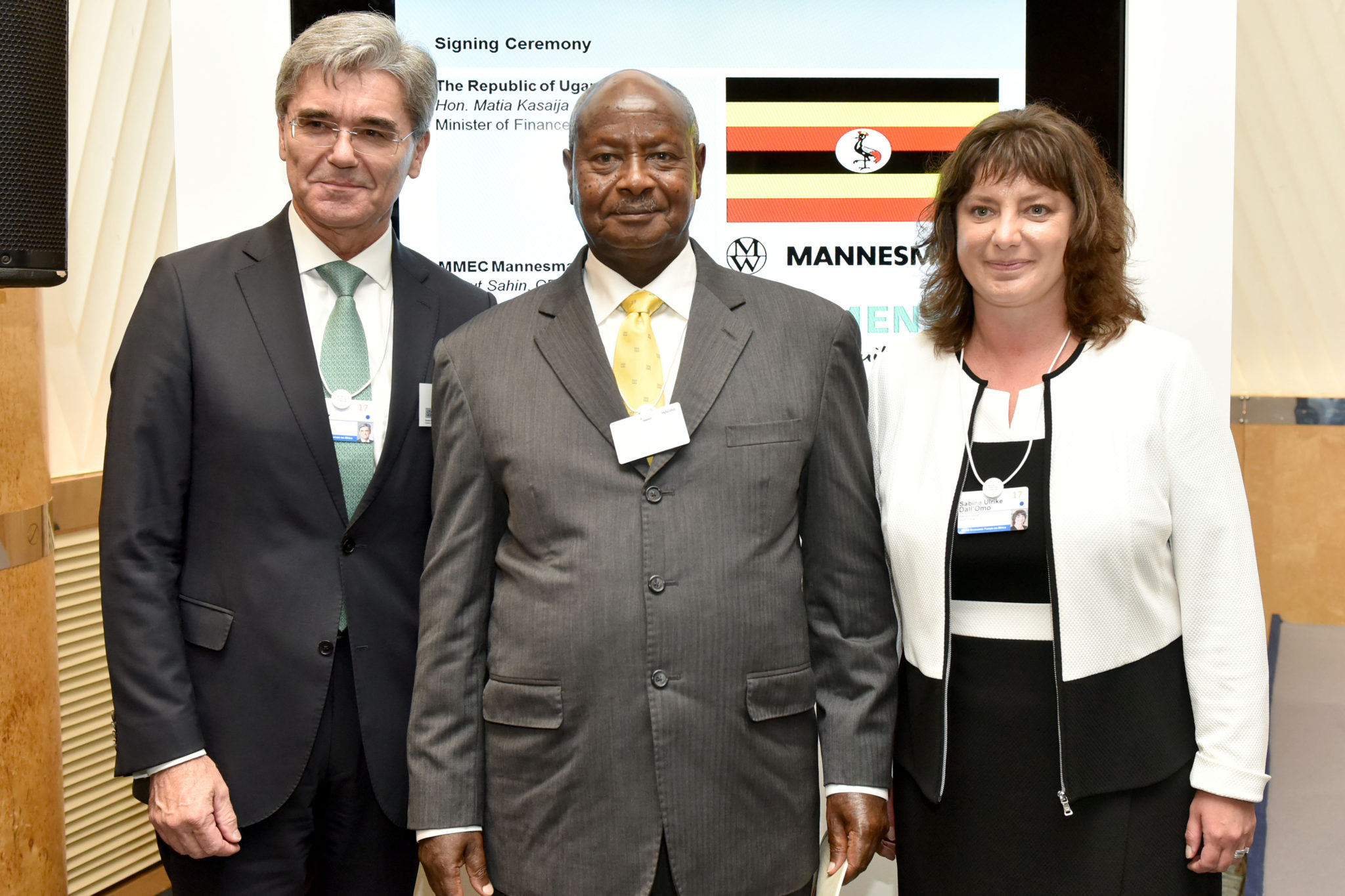 Siemens is a German conglomerate and the largest manufacturing and electronics Company in Europe. The company also has interests in industry, energy, healthcare and infrastructure and employs over 350,000 people across its global operations. MMEC on the other hand focuses on engineering with interests in oil and gas, chemicals, metals and mining.

Mr Kaeser announced that his company would inject more than Euros 3 billion in Africa by 2020 of which Uganda would be a key beneficiary of this investment.

President Museveni, who thanked the German government and companies for investing in Africa, said the continent and the developed countries could support each other for their citizens’ prosperity.

“Africa, Europe, USA, India, Japan, China and South East Asia can support the prosperity of one another through production and the sale of goods and services,” he said, adding: “I am pleased to know that Chancellor Angela Merkel has placed emphasis on Germany-African relationship. It should be two ways and balanced. That way, we shall all develop and prosper.”

The President pointed out that prosperity was only possible if manufacturers had effective demand, citing the near collapse of Capitalism at the start of the last century when the Industrial Revolution created a lot of production not matched by effective demand.

Uganda, said President Museveni, could benefit from Germany’s advanced technical skills and financial muscle, while Uganda and the region in return offered market, resources and manpower.

Minister Zypries said it was time the West recognized Africa as an equal partner, emphasizing that the continent had developed in a dynamic way and there’s a lot they could learn from Africa. She cited mobile money banking where Africa is a trailblazer, saying Germany could learn a lot.

She announced that her government would establish a start-up fund worth Euros 100 million to support Africa, while thanking German companies for offering to support vocational training in Africa since it has been a success back home.

“Africa has just begun to tap its potential and German companies can be of great help,” she said.

It is an opinion Mr Kaesar also echoed, saying: “Africa can develop its potential with the right partner. Siemens wants to support Africa’s sustainable development with solutions and projects in Africa, for Africa.”

He noted that Africa’s over one billion population and Uganda’s 40 million people offered a good market for partnerships and success.

“It is about listening. It is about taking action. I want this continent to be successful. The one billion people in Africa should have the same aspirations and opportunities as the wealthy in Germany,” he said.

Energy, Mr Kaeser said, would be critical in this push. “We can’t talk development without affordable, sustainable energy,” he said.