The Uganda Communications Commission (UCC) has warned the Nile Broadcasting Services television (NBS TV) of closure within 60 days, over guest Tamale Mirundi’s appearance on the station.

According to the UCC, guest Tamale Mirundi exhibited unbecoming behavior while appearing on a programme ‘NBS Extra: One on One with Tamale Mirundi’ of May 9, 2017.

In a statement issued late today by the UCC Executive Director Godfrey Mutabzi, the regulatory body indicated that during the programme Tamale Mirundi behaved in a manner that is in breach of the Communications Act.

‘The Uganda Communications Commission, is appalled, concerned and takes strong exception to the conduct and language used by guest hosted Mr. Tamale Mirundi during the said NBS Extra programme of May 9, 2017,’ the statement reads in part.

Below is the letter in full: 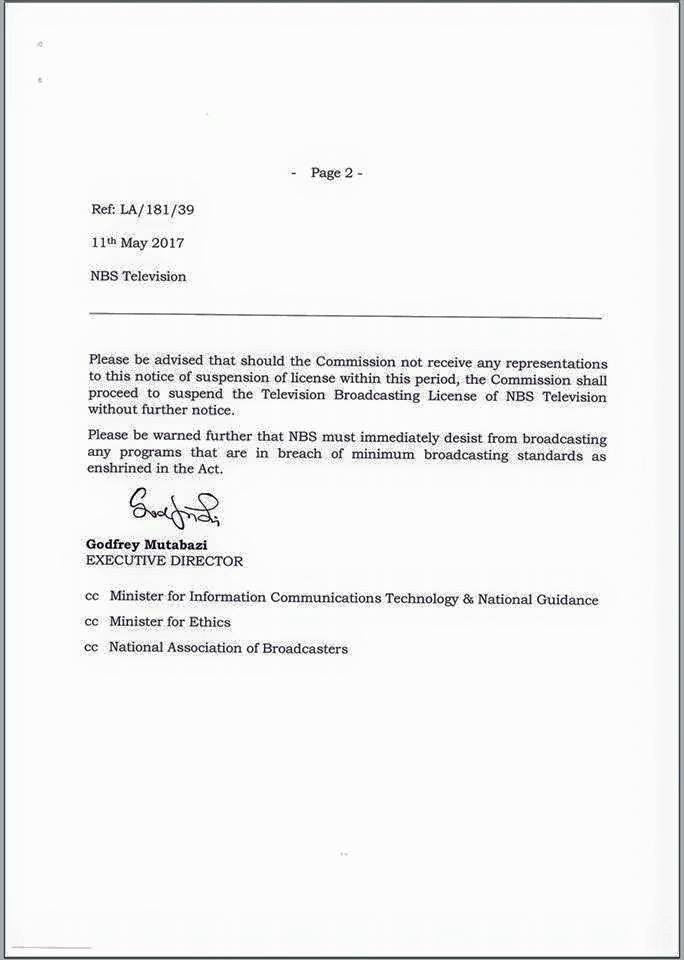