The Buganda Kingdom initiative to equip people living on Kabaka’s land with 49-year lease titles is facing criticism by emissaries of ‘detractors’, the Katikiro Charles Peter Mayiga has said.

Mr. Mayiga, who has now served as Katikiro for four years, made the disclosure at a press conference organized specifically for the Online Media Association (OMA) practitioners at Bulange, Mengo.

He outlined the five core principles of his tenure as: preservation of cultural heritage and identity; sharing of power; hard work; ensuring unity and the protection of kingdom land through initiatives like ‘Ekyapa Mu Ngalo’ under the clarion call of ‘Enkola ey’omulembe omupya’.

It should be recalled that since the announcement of the Ekyapa Mu Ngalo initiative, some people like Senior Presidential Advisor on Media Joseph Tamale Mirundi and senior Muslim cleric Sheikh Nuhu Muzaata, have come out openly to criticize the ‘Kyapa Mu Ngalo’ initiative, with claims that the kingdom was intent a ‘stealing’ land from the people living in Buganda.

However, the Katikiro allayed fears, saying that since 1994, after the restitution of the Kingdoms in 1993, over 20.000 people living on Kabaka’s land had received Certificates of Title. He also threw a jibe at both Mirundi and Muzaata, saying they had already formalized their titles with the Kingdom. 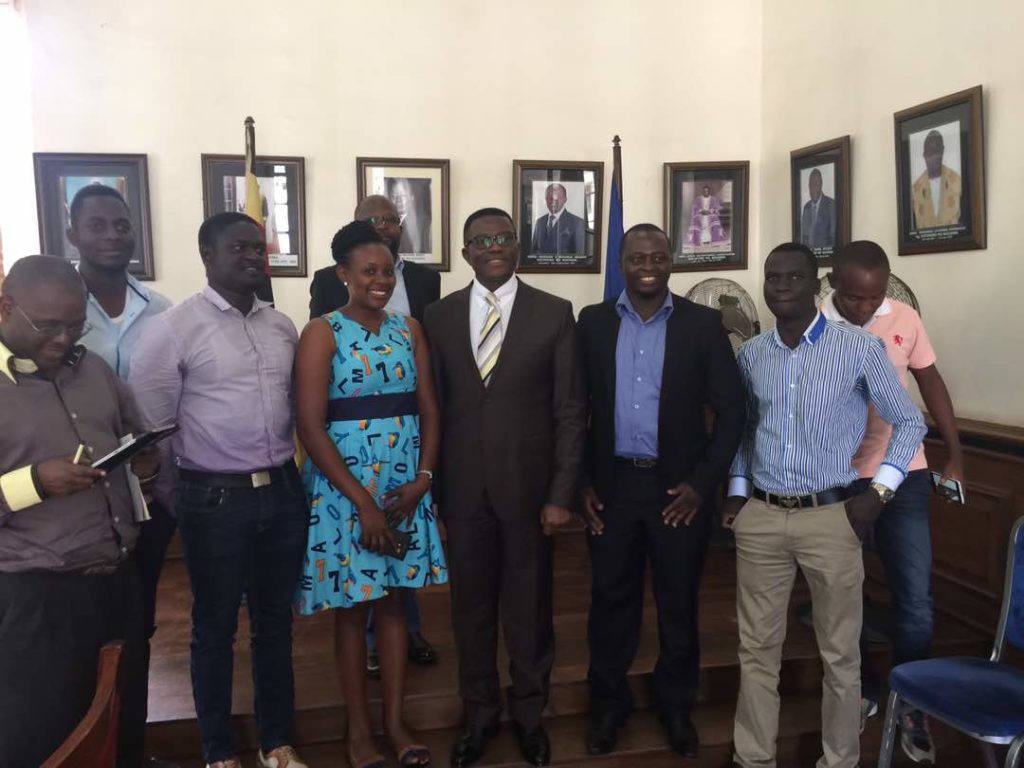 “How can one take a tablet to cure an ailment like malaria and then turn around and discourage other people from taking the same tablet to cure their ailment,” Katikiro Mayiga asked, adding that those opposed to the initiative were “either dishonest or hypocrites, or both.”

According to the Katikiro, the initiative will offer a level certainty for the title holder because “it has an automatic renewal clause” after the 49-year lease expires.

Revealing that over 1000 people had heeded to the ‘Ekyapa Mu Ngalo’ call the Katikiro added: “The detractors of Ekyapa mu Ngalo are the same people who were opposed Etofaali; because it is easy for one to destabilize those without Ekyapa,” he said, adding that the two initiatives had, among others, helped to ‘reawaken’ the industrious values of the Baganda.

However, the Katikiro who spoke on a number of issues, said that as Kabaka’s Mutebi‘s ‘eldest son’ he would dialogue with the two and other like-minded pessimists in a bid to resolve the issue amicably.

Turning to Etofaali, the katikiro said the initiative was a huge success, bringing in over Shs13 billion, of which about Shs11 billion was raised by ordinary Ugandans.

Further, he said, some of the money collected had helped in funding development projects in the kingdom like the construction of Masengere Building and the partial renovation of Kasubi tombs (Muzzibu Azalampanga’).

Briefly turning to national politics, the Katikiro criticized the recent torture of the Mayor of Kamwenge Town Council, saying the incident was ‘unfortunate’, depicting the lack of professionalism in the Uganda Police Force.

“Torture is not one of the modern methods investigation; this shows that the police lacks in professionalism and the police CID needs to do more; what about trying crime detection,” the Katikiro offered direction.

Later, asked in a tete-atete whether he held any presidential ambitions the Katikiro jokingly answered: “I hope not”, adding however, that he has never limited his scope in as far as his potential is concerned.

“I do not know what will happen tomorrow but I never say never,” the Katikiro said, adding however that for now he is only focusing on Buganda Kingdom affairs.