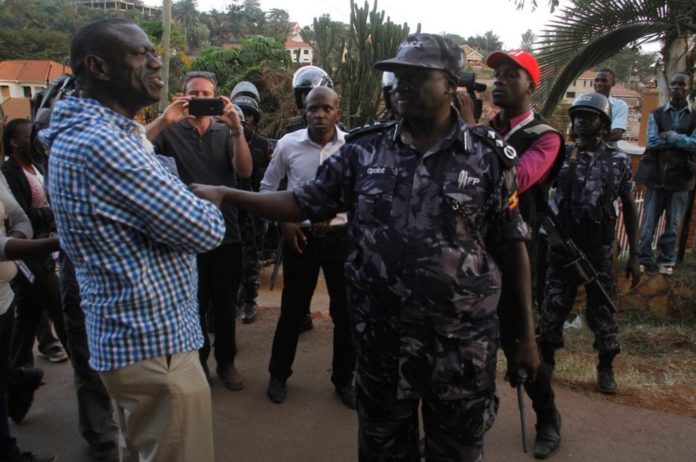 Two weeks ago, the head of police Gen. Kale kayihura wrote to the Secretary General of Forum for Democratic Change Nandala mafabi calling them to observe the law when conducting public gatherings. Public order management act of 2013 vests power in the hands of the police to regulate or discard all public gatherings.

He was arrested amidst his preparation to address FDC supporters. Besigye was whisked way to Isingiro police station following various visits in Kanungu the district where the police got notified that he is today going to hold a rally at Kazaaho play grounds.

He was hosted at one radio station where he unveiled his programme in Kanungu and Isingiro districts.

He was arrested for similar case after holding a rally in Kyankwanzi, Kyegegwe, Mubende among others however, a visit to western Uganda was supposed to be concluded with rallies in Bulingamo, Ngarama Kazaako.