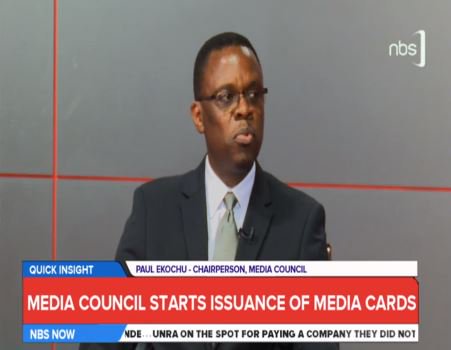 The Uganda media council has banned a Dutch film from screening in Uganda over homosexuality.

According to media council, “The Dinner Club” which the Embassy of Netherlands in Uganda intended to screen at Dutch film for European Film Festival promotes homosexuality, which is a criminal act in Uganda.

“The film depicts and glorifies homosexuality which is a criminal offence in Uganda. In minutes 11, 26 and 57, homosexuality is depicted/spoken about. In 10 minute while glorifying homosexuality two women say marriage (presumably to men) is hard work! This is against Ugandan values,” reads a response from the media Council.

Responding to the media council, the Dutch Embassy announced its exit from the festival in what appears to be a protest.

“Unfortunately the Embassy has to announce that the screening of the Dutch entrance for the European Film Festival, the film “The Dinner Club” has been cancelled. The Uganda Media Council denied the film a classification rating and decided that the film should not be exhibited anywhere in Uganda. The Embassy deplores the decision of the Uganda Media Council and it will withdraw from participation in the European Film Festival in Uganda,” reads a statement by the Dutch Embassy in Uganda.

Though, a section of Ugandans were in support of the move by the media council.

Emokor Eric Our creativity is not in sexual scenes that’s so stupid, Iranian movies are moving worldwide without any intimate scenes. People from west should know that “Uganda” has a culture and it’s very right to prohibit what they see is evil or will torment our culture. Am a filmmaker but value my culture from the bottom of my heart, I will always stand up straight against all western evil culture destruction motives. I say this “for God and my country.” Thank you #respectMyCulture

Bernard Ssabbiitti Just as the Dutch Embassy denies a visa to a person it doesn’t want to admit into its own country and isn’t bound to give any explanation as to why, Uganda, a sovereign nation has every right to ban material it doesn’t want shown on its land and owes no one an explanation. At last someone said no to a European. That satisfies me. All the other stuff is immaterial to me. Wouldn’t have mattered if the film was a documentary on the Rhinelands (which are still taught in Ugandan secondary schools by the way, the real scandal) or the Dutch ‘liberal democracy’.

KCCA starts registration of all boda bodas operating in Kampala