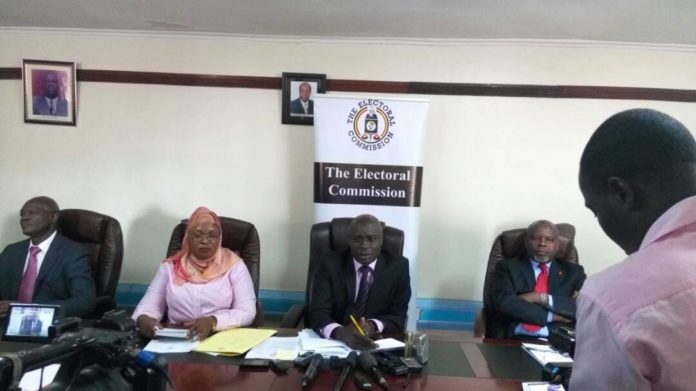 The chairperson of the Electoral Commission justice Simon Byabakama has set June 26, 2017 as the polling date for filling a parliamentary seat for   Kyadondo East constituency.

Kyadondo East parliamentary seat fell vacant after the nullification of Apollo Kantiti’s election as the Member of Parliament for Kyadondo East by the High Court Judge Isabirye Kaweesa on grounds that the Electoral Commission did not comply with the electoral laws.

Upon declaration Forum for Democratic Change’s candidate Kantinti as a legislator, NRM candidate William Sitenda Sebalu filed an electoral petition claiming that Kantinti and the EC violated electoral laws and the election was characterized by voter bribery among others.

However the EC chairperson Justice Simon Byabakama admitted the mistake made and pleaded never to do it again.

The nomination of candidates shall be conducted between May 30 – 31, 2017 at the office of the district returning office, Wakiso.