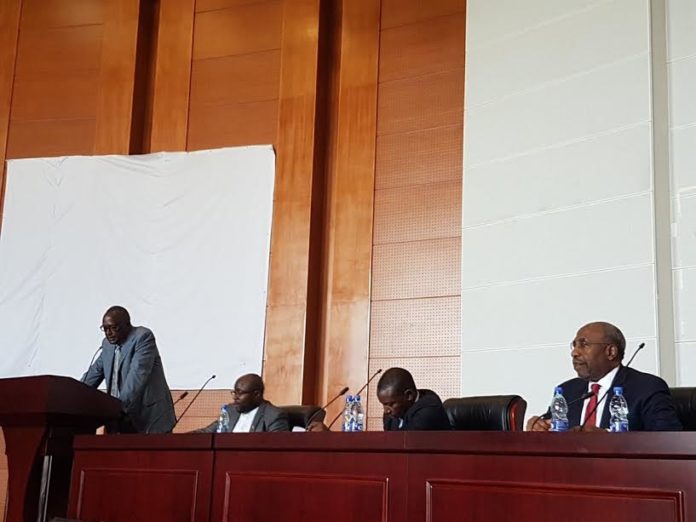 In the past, many media personnel have suffered under the hand of the rude police and other security agencies where many are manhandled and tortured.

However, after today’s dialogue, the media and security agencies, that might be a thing of the past.

Under the theme media coverage and national security in Uganda, Security Minister, Gen. Henry Tumukunde, convened a dialogue which brought together different media and security persons. The dialogue that was held in a conference room at the Office of the president is one media people will live to talk about.

Tumukunde said the media being ‘second in ‘command’ to security shouldn’t be bashed but rather utilized by government in telling the Ugandan stories.

He also appealed to his counterpart in government to own up whenever a mistake has been committed in line of duty rather than deny.He also fired against police for torturing people who are innocent.

“If the person being held by police is not the right one, have the courtesy to say you were wrong,” Tumukunde said to police. He also called out media on the aspect of fake news sighting that the role of media should be to promote social, and economic development.

The guest of honor Dr. Ruhakana Rugunda, the Prime Minister who spoke about the role of media in National Security. On the panel was also Kin Karisa, the Chief Executive Officer of NBS Television who gravely talked about the need to make our country a peaceful one. “This is our country we need to make it a better place to live in,” he said. Karisa also appealed to government to revive the weekly cabinet press briefing saying it previously the conferences had helped in dissemination of news about government programmes.

While speaking, Dr. Ruhakana Rugunda emphasized the fact that a lot of information is kept in government when in fact it’s for public consumption. “Endeavour as much as possible to make information available,” Rugunda said to government communicators.

The dialogue between security personnel and media practitioners is meant to bridge the gap the two sides of common interest. Wheres journalist gather news for publication, intelligence or security agencies gather information for consumption making information the common good.