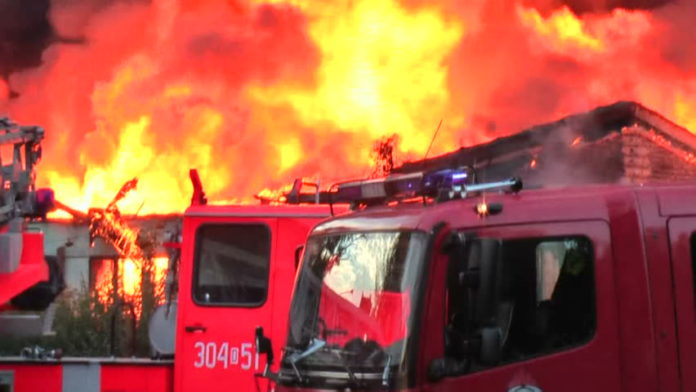 A section of Ivory Plaza gutted fire in the woe hours of the morning consuming the second floor of the building and burning severally shops.

The building is a centre of several shops that deal in mainly in clothes and other light items light phones among others.

According to the officer in charge of Wilson Road only known as Nduhura as quoted by Daily Monitor, the fire started at around 2 am and in less than one hour, the entire second floor was burnt.