The former head of special investigations operations in the Uganda  Police Force,  Nixon Ayegasirwe Karuhanga has dragged the Investigator online paper and its editor, Stanley Ndawula to court over what he calls damages for liable, demanding an apology and Shs500 million as damages.

Through his lawyers Joel Olweny and Company Advocates, Mr Ayegasirwe filed a case before the civil division of the High Court on May 18, 2017.

He is also seeking court to place a permanent injunction against the Investigator restraining the publication, its editors and another employee from writing on him. 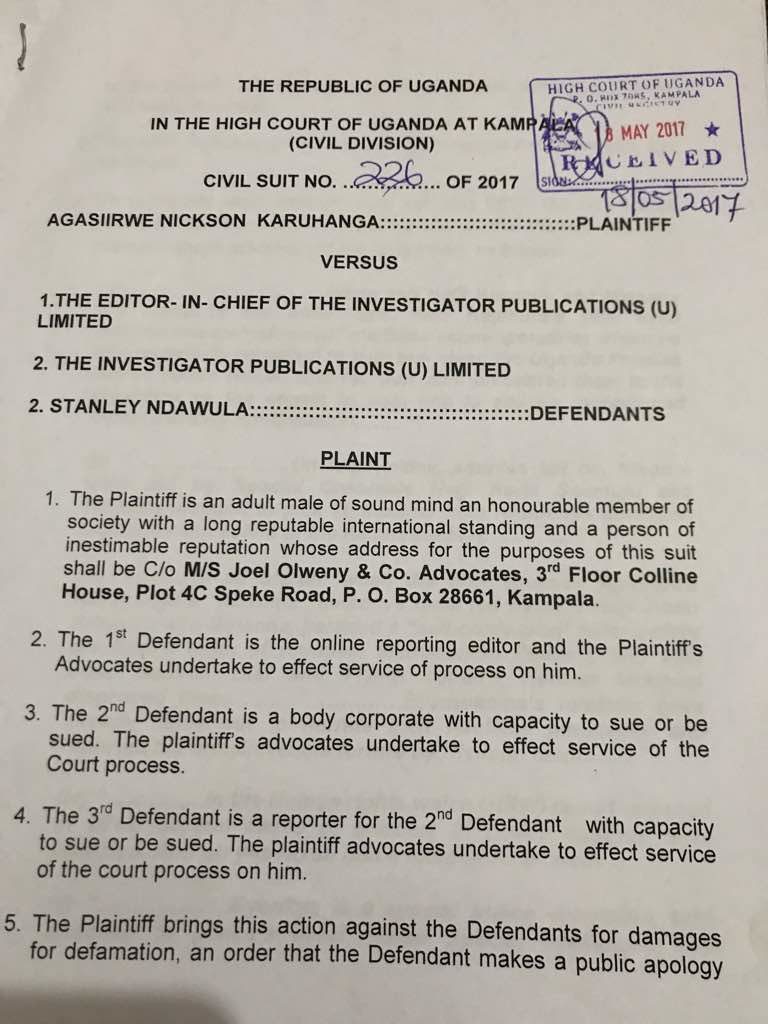 “By the defendants illegal and unconstitutional actions, the plaintiff’s standing status has been tarnished by the defendants, his reputation lowered in the estimation of the right thinking members of the public generally and the plaintiff is now shunned generally whereof he is entitled to compensation” reads the plaint.

He argues that the publication was made well aware that it was false and circulated by the defendant’s newspaper to millions readers by regionally and globally a thing that tarnished his image beyond repair.

“The publication alluded that he is an unprofessional person who uses underhand methods in his line of work to extort monies from the public and meddling with state exhibits and unjustly firing and hiring staff. 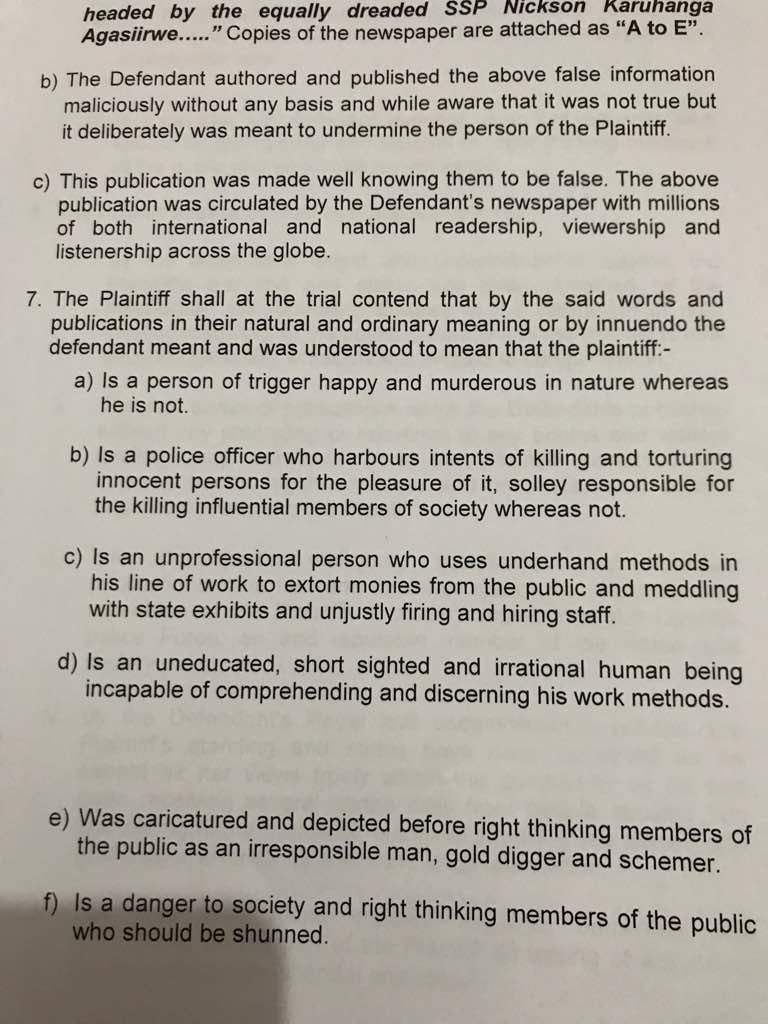 Asked for a comment on the Court case, Investigator Editor in Chief, Stanley Ndawula says they stand by the story and are ready to tussle in Court.

“I will prove to the entire world that Nixon is candidate for Luzira and a sane member of society” Mr Ndawula said. 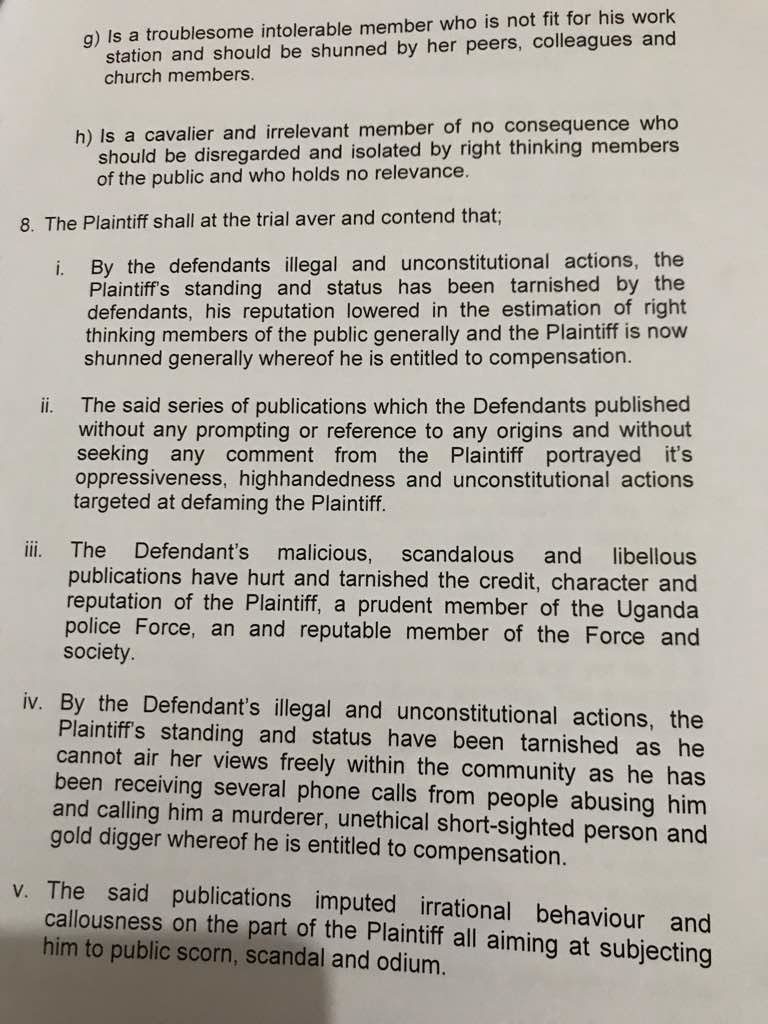