President Yoweri Museveni has handed over eight modern agriculture tractors to three constituents, two kingdoms, two farmers and a peace initiative group in fulfillment of pledges he made two years ago during the Operation Wealth Creation campaign. The President also donated four vehicles to three individuals and a women’s SACCO. 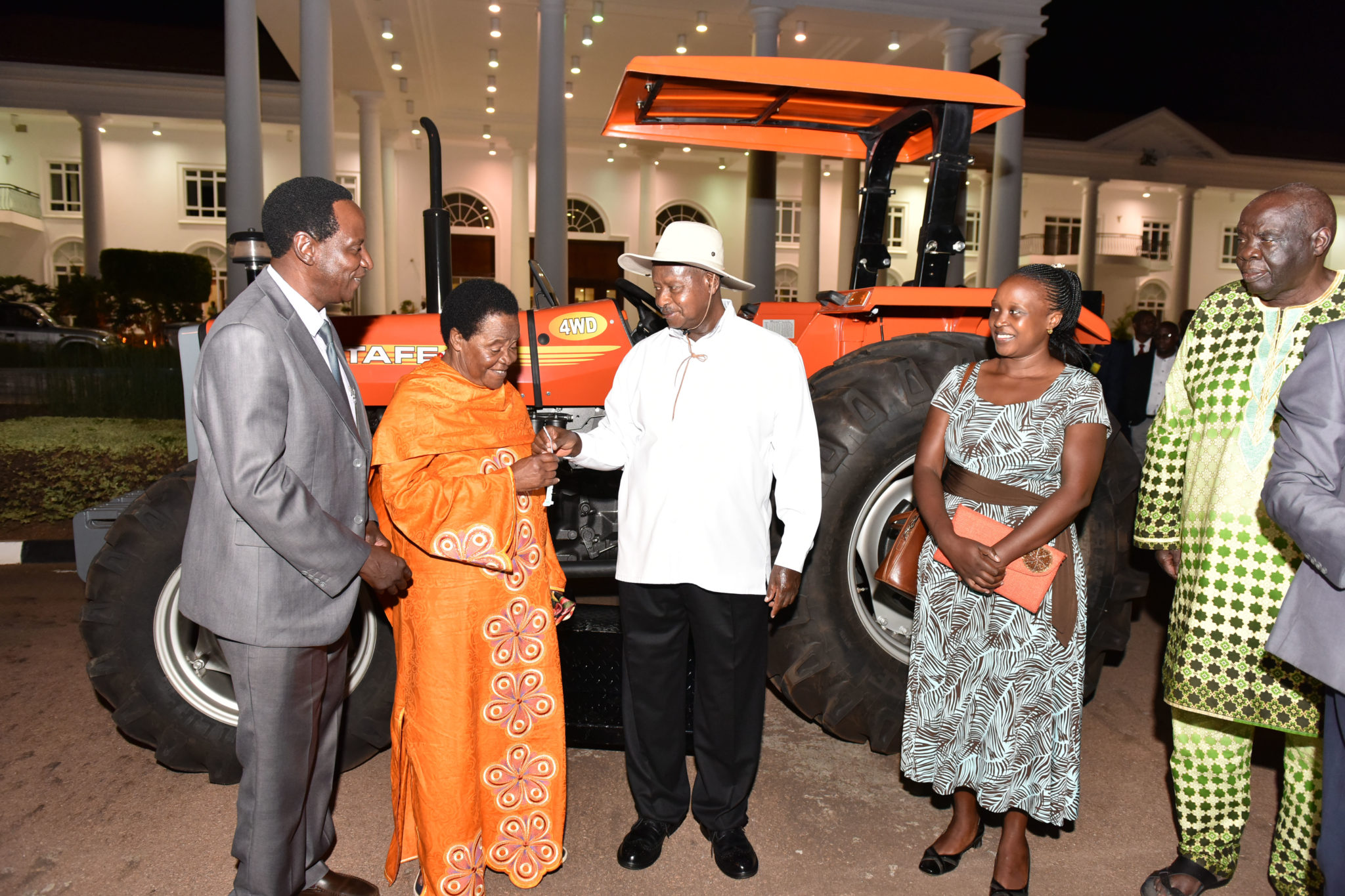 “I hope you will use the tractors to promote modern agro production. Sensitize our people against fragmenting their land and in this way, they will ensure more production and better incomes,” the President said at the ceremony that took place at State House, Entebbe.

According to the State House Comptroller Ms. Lucy Nakyobe Mbonye, some of the tractors were procured last year but could not be given away because it was election year. 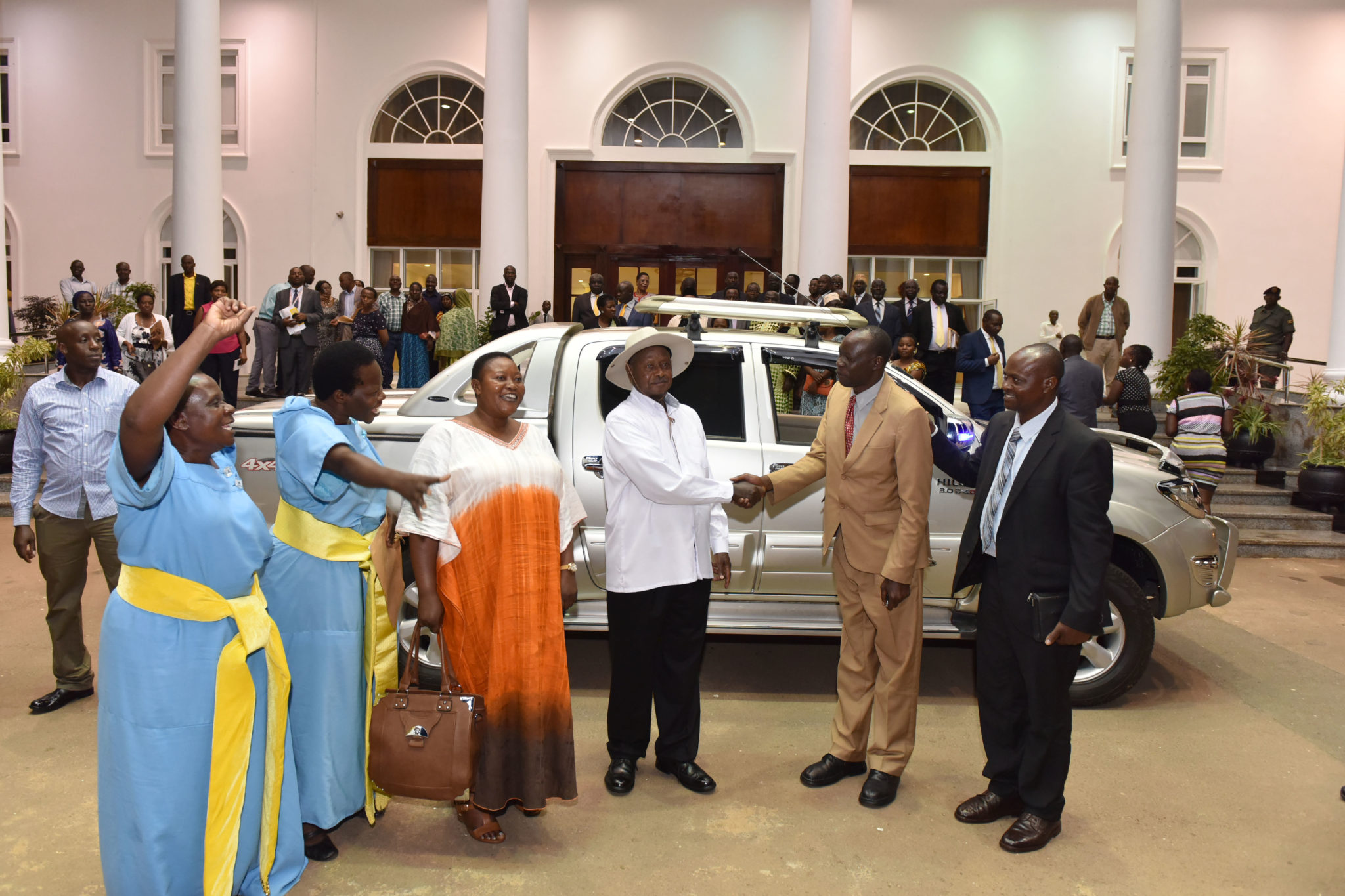