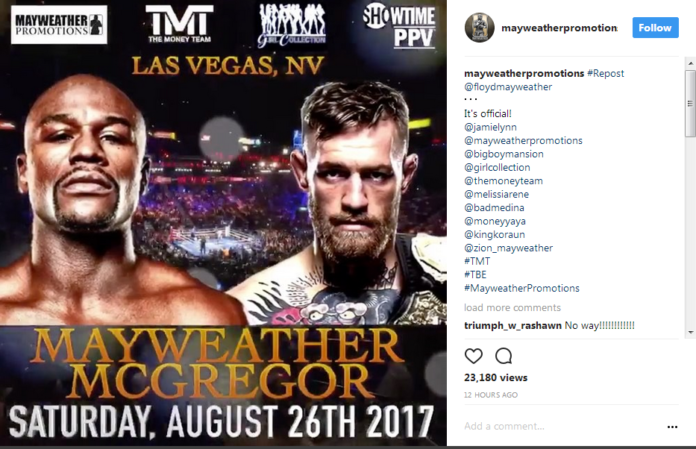 Floyd Mayweather Jr. will come out of retirement to meet UFC star Connor McGregor in a boxing match that will feature two of the top-selling fighters in the world.

Mayweather will come out of a two-year retirement in a bout that McGregor has been pushing for nearly that long. It finally came together and Nevada boxing officials on Wednesday approved the date for the fight.

Floyd retired in 2015 after winning all 49 (49-0) of his professional fights, will face the Irish UFC superstar at the T-Mobile arena on the Las Vegas Strip to make it (50-0) fight if he wins.

“It’s official,” Mayweather said on Instagram next to a video poster of both fighters. 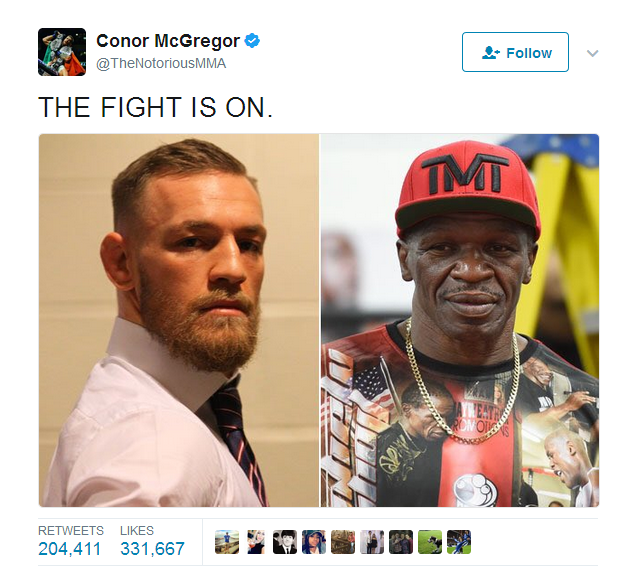 “THE FIGHT IS ON,” McGregor tweeted minutes earlier, posting a picture of himself next to one of Mayweather’s father, Floyd Sr.

The former pound-for-pound champion last fought in September 2015, beating Andre Berto and then announcing his retirement.

His fight before that, a decision win over Pacquiao, was the richest in boxing history and reportedly made him more than $200 million.

The much-discussed boxing match will take place on August 26 2017.