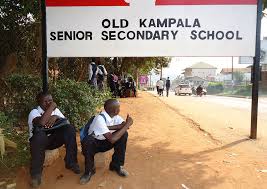 Students of Old Kampala Secondary School will resume their studies mid next week, the authorities having agreed to reopen the school, the Permanent Secretary in the Ministry of Education and Sports, Alex Kakooza has said in the latest press release.

The school was closed about a week ago by government when students there rioted, demanding for changes in the school’s service delivery.
Kakooza in the press release says, “The closure was necessitated by the desire to assure safety of the learners, all other members of the school community and property.”

He says officials from the education ministry and Kampala Capital City Authority (KCCA) constituted a team to establish the causes of the students’ unrest and have come up with strategies for addressing the issues of concern.

“The Team interacted with a number of key stakeholders including a cross section of parents, teachers, students and some members of the public and generated useful information and recommendations. A report has accordingly been finalized and presented to the Ministry of Education and Sports for consideration,” he says.
Kakooza says his ministry and KCCA have drawn up a comprehensive strategy for implementing the report, whose details he did not give.
Kakooza says students will report back to school starting with
candidate classes on July 26, while senior five and senior three
students will report on the next day. The senior two and senior one students will report on July 28.
Kakooza says, as a must, parents and guardians will have to accompany their children to the school, failure to do so the school authorities will send the children back home.

The Permanent Secretary says that measures have been put in place to avoid a re-occurrence of any form of unrest and that the Ministry and KCCA will maintain a presence during the entire period of re-opening to ensure normalcy and stability.