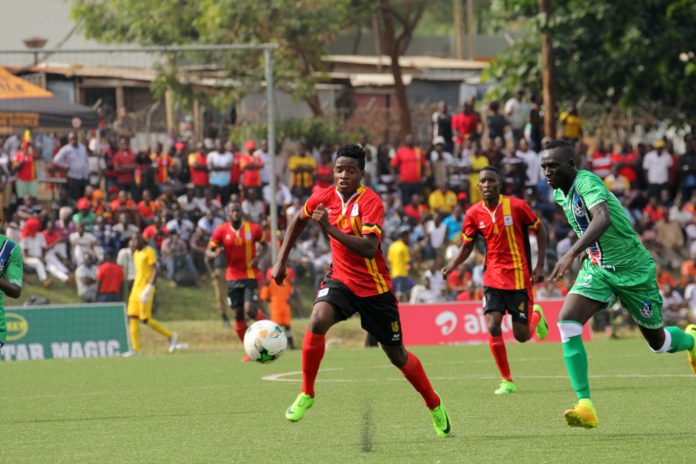 Uganda Cranes progressed to the second round of the CHAN 2018 qualification after beating of South Sudan 5-1 in Lugogo on aggregate following a goalless draw in Juba.

Five goals from KCCA FC duo Paul Mucureezi (4) and one from Derrick Nsibambi helped Uganda secure the victory while Khamis Leon Uso pulled back one for the visitors.

The Cranes are now one step away from qualifying for the tournament with Rwanda in their way.

Rwanda qualified for the third qualification round of the 2018 African Nations Championship (CHAN) after eliminating Tanzania on 1-1 goals aggregate following a goalless draw in the second leg played on Saturday at Kigali Stadium.

Uganda and Rwanda will play two games home and away and the winner gets a place in the CHAN tournament that will take place next year in January.

Uganda has played in the CHAN competition for two times, in Sudan 2011 and Rwanda 2016 failing to leave the group stages i­­­­­­­­n both.

The CHAN tournament is reserved for players who feature in their respective domestic leagues across Africa, will be staged from January 11 to February 2, 2018 in Kenya.