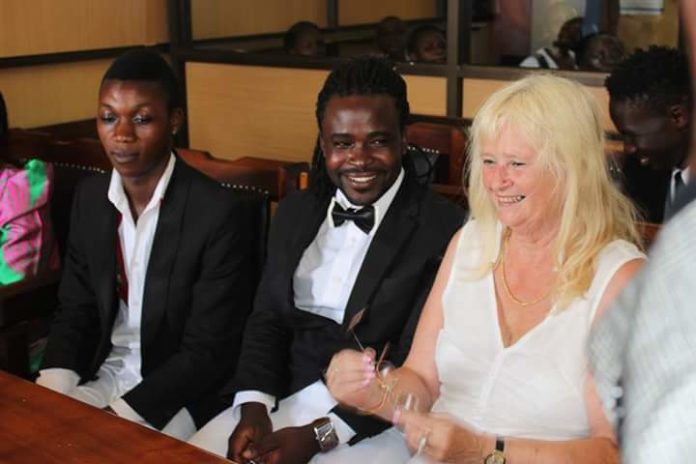 Singer Guvnor Ace’s 70-year old Swedish wife Mona-Lisa Larsson has hooked up an upcoming musician after the couple broke up. 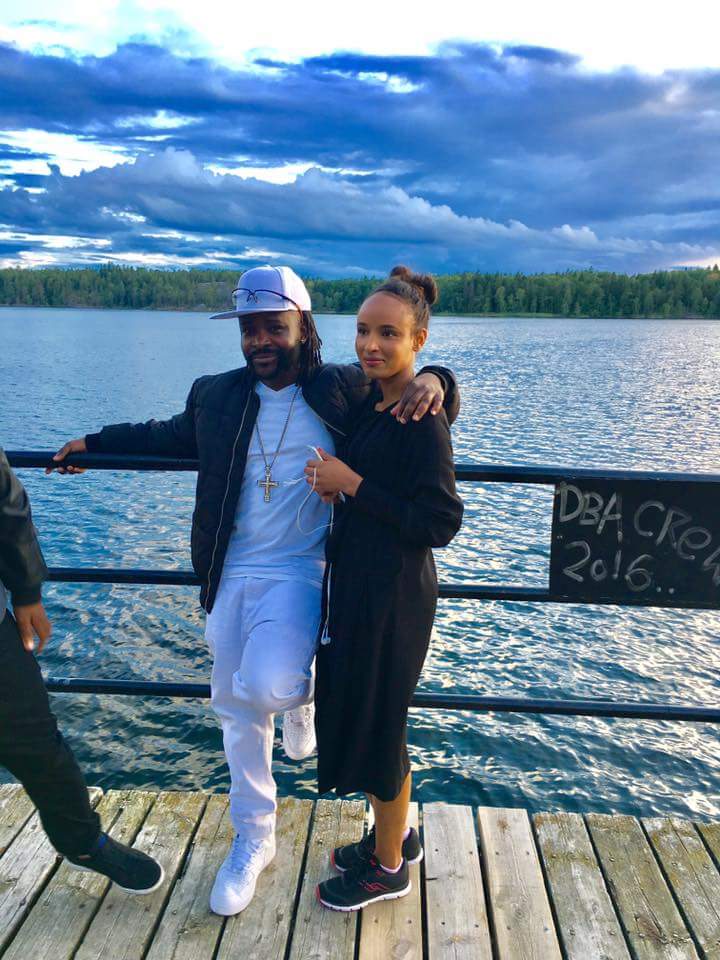 And unlike the former case where Guvnor Ace was 28 years, her new lover this time is just 18 years!

Speaking to the media, one Aziz Mawanda who was in company of his lover, Mona-Lisa vowed never to bow to public pressure like Guvnor and leave his woman. He said he has higher expectations in Mona-Lisa including helping him get on to a plane for the first time in his life.

Mona-Lisa and Guvnor Ace got married in 2015 at the High Court. The couple subsequently flew to Sweden, Mona-Lisa’s home country. This was Guvnor Ace’s first time on a plane. But just after five months, Guvnor Ace hooked a Ugandan lady living in Sweden and he disappeared from Mona-Lisa’s home.

The 70-year old ‘grandma’ publicly bemoaned all of her pension she had invested in the musician, attracting sympathy from Ugandans.

On the other hand, Guvnor Ace said he broke up with Mona-Lisa after he realised she can’t give birth and yet he is interested in having kids.

Mona-Lisa has since been flying in and out of Uganda and many are asking whether her new found love will last.