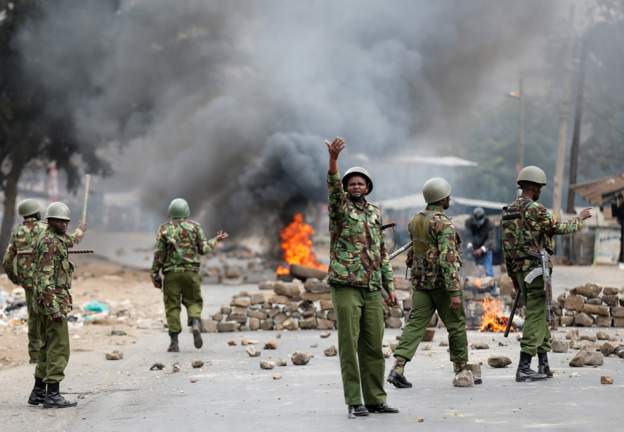 Following the rejection of the provisional elections’ results released by the IEBC, there are reports of protests in the opposition strongholds of Kisumu in the Nyanza region and in Mathare, a slum area just on the outskirts of the Kenyan capital, Nairobi. 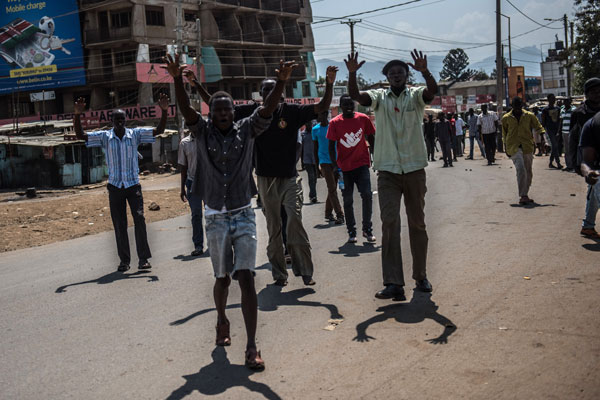 Mr. Odinga, who has rejected the results, has urged his supporters to maintain calm. 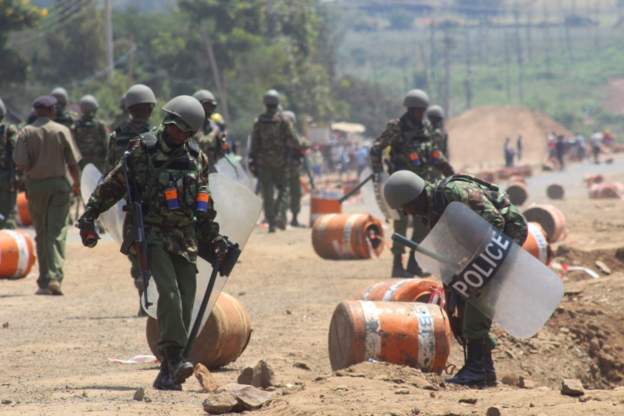 “We are telling our people not to accept results, stay calm as we get deep into this. I don’t control the people but I am asking them to remain calm,” Mr. Odinga said. 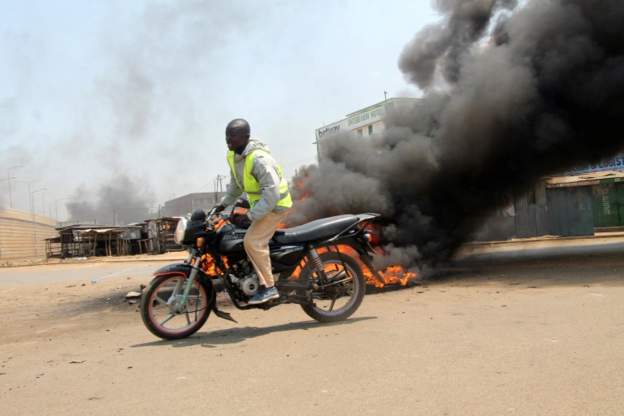 “Kenyans must remain calm. Return to your offices but there will be a time when we’ll call you to action,” Mr. Musyoka was quoted as saying.

However, the government through the acting interior minister Fred Matiang’i, has denied any outbreaks of violence, as is emerging on social media.

‘Social media claims that we are experiencing riots in some parts of the country are not true,” Mr. Matiang’i said. 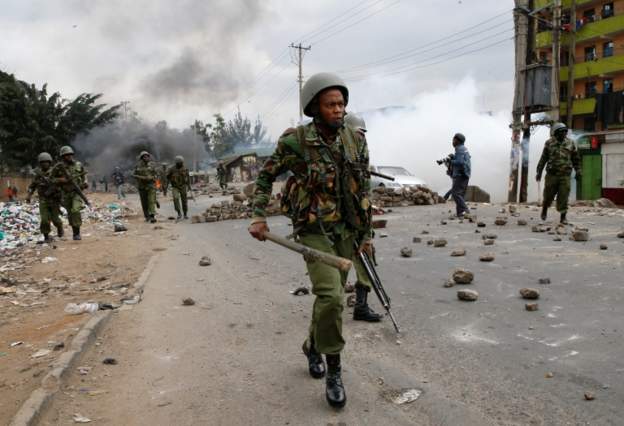 Meanwhile, reports indicate that Police fired tear gas as several hundred protesters in the neighbourhood of Kondele — an epicentre of violence after disputed 2007 polls — set fire to barricades and tyres and placed rocks in the streets.