Agnes Konde Asiimwe, the Managing Director of NTV-Uganda has resigned.

According to a source at Nation Media Group (NMG) Nairobi, Ms Konde tendered in her resignation last evening.

NMG Chief Executive Officer, Joseph Maganda is already in the country and is set to address NTV staff this morning and possibly name an acting person to take charge of the station.

According to sources, at the time of her resignation, Konde  has been appointed as Managing Director Msingi East Africa Limited.  According to their website, Msingi was established in 2016, Msingi is an independent, multi-decade organisation that is building East African industries of the future. However, it is important to note that by the time of her departure, Kondo wasn’t having a good relationship with Sam Barata whom NGM appointed as joint commercial manager for Uganda. Another person whom Konde didn’t want to have a say in NTV editorial work is Mr. Daniel Kalinaki who was appointed recently to oversee NMG editorial interests. 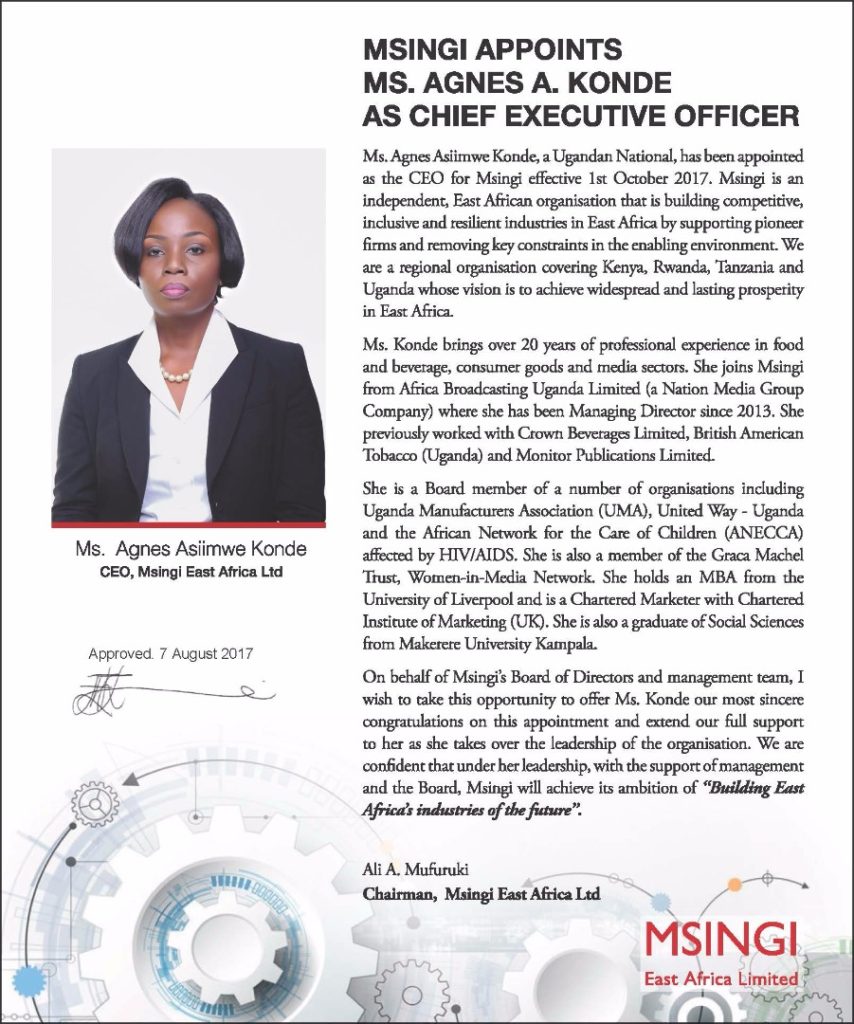 Ms Konde was appointed as NTV boss in February 2013 and took over from Mr Joe Munene, who had been at the helm of the television station for four years since 2009. Ms Konde has been a brand and marketing manager at Crown Beverages Limited, the manufacturers of Pepsi as well as market and circulation manager for Monitor Publications Limited. She has vast experience in the media industry although this will be her first assignment in broadcast.