Justice Kavuma had clocked retirement age and he at one time held both slots of Deputy Chief Justice and Chief Justice.

At the time of his appointment, Justice Owiny-Dollo has been head of International Crimes Division of the High Court.

“In exercise of powers vested in the president by Article 142 (1) of the 1995 Constitution, I have, acting on advice of the judicial service commission  appointed persons  listed below as Deputy Chief Justice and Justices of the Supreme Court, Deputy Chief Justice, Justice Alphonse Owiny Dollo, Supreme Court, Justice Richard Butera, Justice Pual Mugamba.” President Museveni wrote in his August 18, letter to the Speaker of Parliament, Rebecca Kadaga.

He added: “This is therefore, to forwarded to you their names and Curriculum vitae for parliamentary approval” 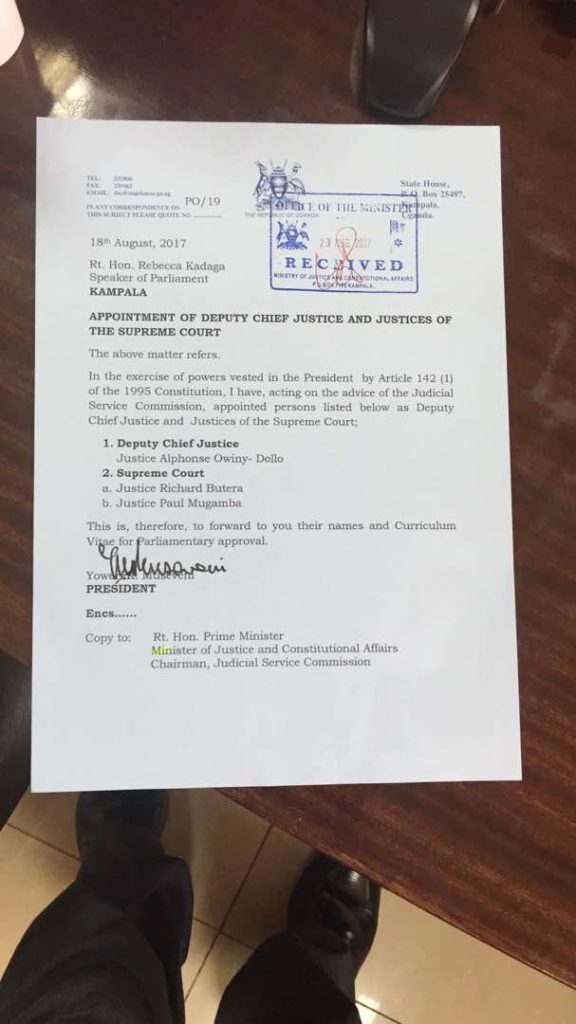 The current deputy CJ, Justice Kavuma, is due to retire in September when he turns 70, the retirement age.