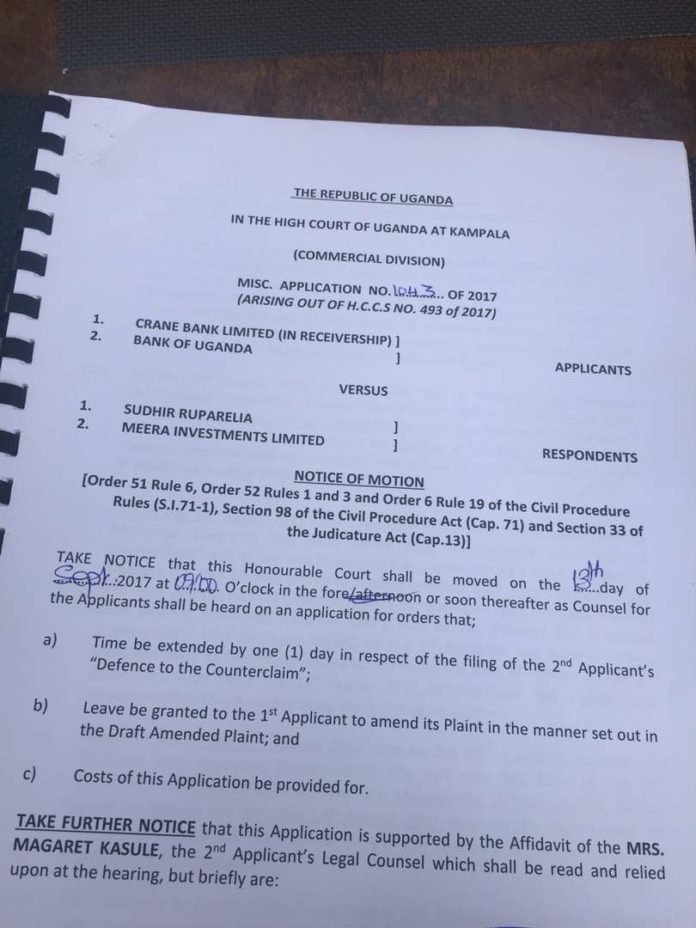 Lawyers representing the Bank of Uganda have admitted that they delayed to file a response in a matter in which billionaire businessman Sudhir Ruparelia is demanding for US$8 million from the Central Bank, for failure to file defence in the stipulated time. 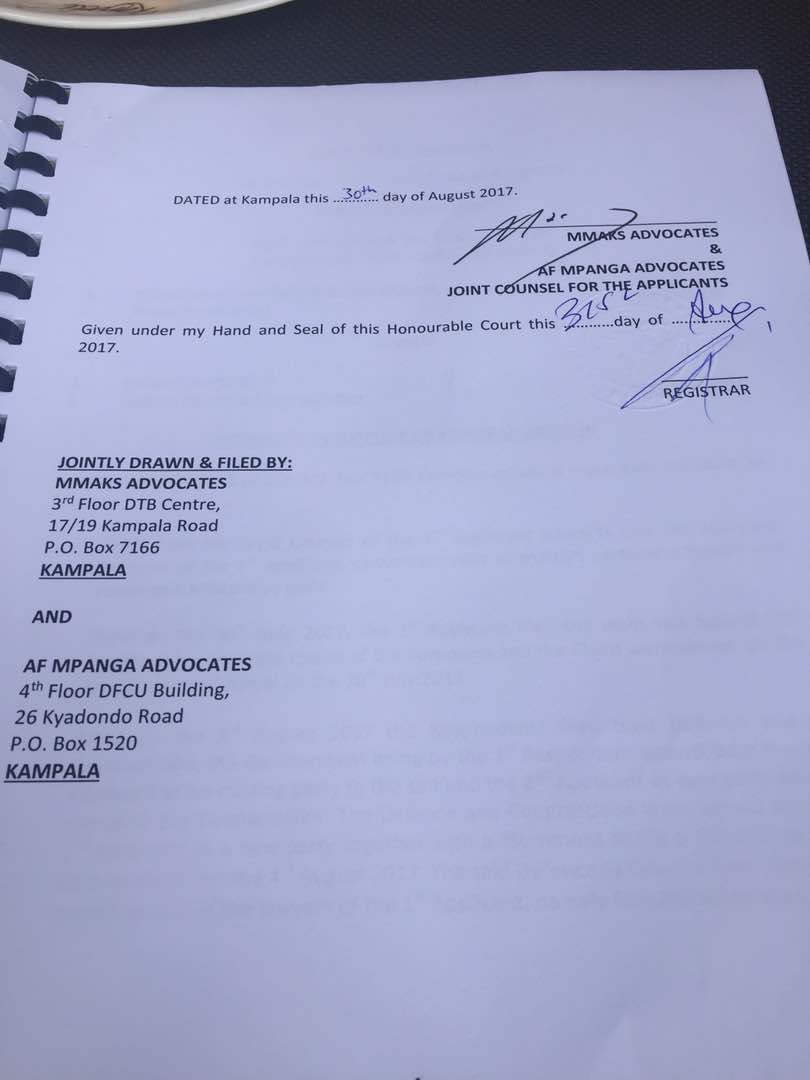 In a counterclaim by Mr. Ruparelia’s defence team, Ms Kampala Associated Advocates, they faulted the Bank of Uganda for failing to act in accordance with the ‘legal requirement’ of Order 5 Rule 10 of the Civil Procedure Rules, after they failed to enter defence in the stipulated time of 15 days, which, according to KAA, should have been before August 29.

‘It is not in dispute that Bank of Uganda, which is the second counter Defendant in the counterclaim and a separate party, was served on August 11 and receipt acknowledged by the Secretary to the Bank of Uganda who stamped on them and returned them to the process server. To date the Bank of Uganda has elected to ignore the legal requirement to put in a defence in answer to the claim against it,’ Mr. Ruparelia’s lawyers wrote.

‘In so far as the issue of receipt of service on Bank of Uganda remains uncontested, we reiterate our prayer that in accordance with the Civil Procedure Rules, judgment in default be entered against Bank of Uganda for USD8, 000, 000 (United States Dollars eight million only)’.

We therefore pray as per our latter dated 29 August 2017, that default judgment be entered against Bank of Uganda’, the KAA letter ends.

But in their letter, MMAKS, which admits to ‘counsel error’, says: ‘Whilst the ‘Defence to Counterclaim’ was filed in time in response to the 1st Applicant, on whom service had been effected through MMAKS Advocates on 14th August 2017, the ‘Defence to Counterclaim’ was filed 1 day late in relation to the 2nd Applicant on whom service had been effected directly on the 11th August 2017. This late filing was through inadvertent error of counsel which should not be visited on the applicant,’ the 2-page letter to the court by lawyers from MMAKS reads in part. According to MMAKS, their letter is supported by an affidavit sworn by Margaret Kasule, the BoU legal counsel.

Earlier the BoU Communications Director Christine Alupo had called the press and told the corps that the central bank had filed its defence, but, according to the letter by MMAKS, it seems that was not the case.

Meanwhile, court will pronounce itself on the matter on September 13.