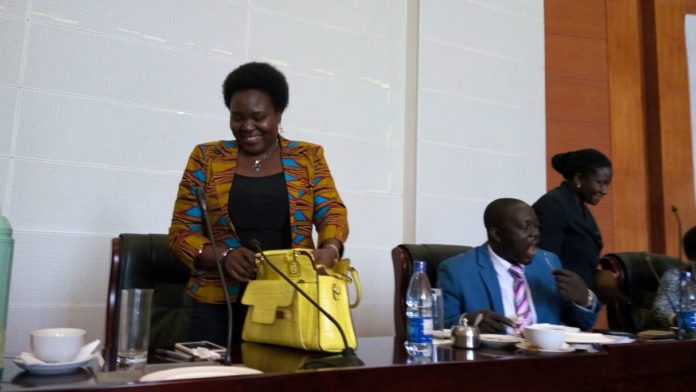 Legislators of the National Resistance Movement are set to meet on Monday (September 18, 2017) to discuss a report on the proposed Constitutional Amendment Bill 2017 that seeks to give Government powers to compulsorily take over private land for public projects.

Ruth Nankabirwa, government Chief Whip made the revelations about the meeting while in a meeting with journalists at office of the Prime Minister yesterday.

The caucus followed the earlier gathering of MPs at State House on August 16, 2017 in which the ruling party legislators agreed unanimously to set up a committee to look into possible legislation after the bill received fierce protest from the public.

During the earlier meeting, the committee had been given two weeks and with two weeks having elapsed on August 30, 2017, the members are set to table their report findings.

President Yoweri Museveni who also doubles as NRM Party Chairman called for the caucus to forge a way and see how the bill can be passed on the floor of Parliament without any hurdles, but even within his party troops, MPs opposed the move.

The matters were even made worse after three of Museveni’s Ministers; Kahinda Otafiire (Minister of Justice and Constitutional Affairs), Betty Amongi (Minister of Lands and Urban Planning) and Mwesigwa Rukutana (Deputy Attorney General) failed to defend the bill before the committee of Legal and Parliamentary Affairs, bringing the committee business to a standstill to date.

The meeting comes at a time when President Museveni is holding country wide radio shows in an attempt to counter the negative publicity surrounding the bill.

If passed in its current form, the bill will give powers to government to take possession of land, deposit the contested compensation award with courts, pending disposal of the legal suit.