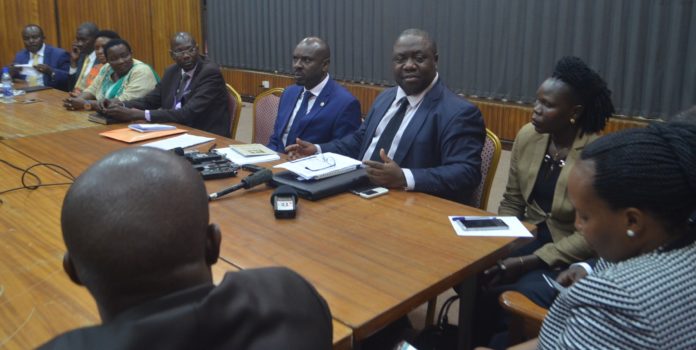 They came in disguising to be arriving for a routine day at Parliament.

But when, they chose to take the left, to the conference hall, instead of taking to the main chambers, the lobby journalists knew something was amiss.

They planned it to be an off camera event but it is not usual that MPs from one colour shed- yellow- converge and they fail to catch the media’s eye. It couldn’t have been any different with the removal of age limit conclave.

They were 246 and there, in a hot stuffy hall without air conditioning, the National Resistance Movement (NRM) party MPs resolved to bring a private members bill to scrape the presidential age limit clause from the constitution.

Mr Raphael Magyezi, infamously known for doctoring a committee report in the last Parliament was gracefully picked to lead the doctoring of article 102(B) of the constitution.

To justify his actions, Mr Magyezi hid under the cloak of a one man research he had conducted on the constitution that had to be amended.

The proposal if adopted by Parliament will see the age cap for one to contest as President and LCV lifted and scrap off the 75 age cap.

“The proposal is meant to make Parliament compliant with the Supreme Court deadline that gave the Executive two and half years to put in place all the court’s provisions.

“With just six months left to the deadline there couldn’t be a better time to bring the amendments,” Mr Magyezi spoke with tremendous confidence. 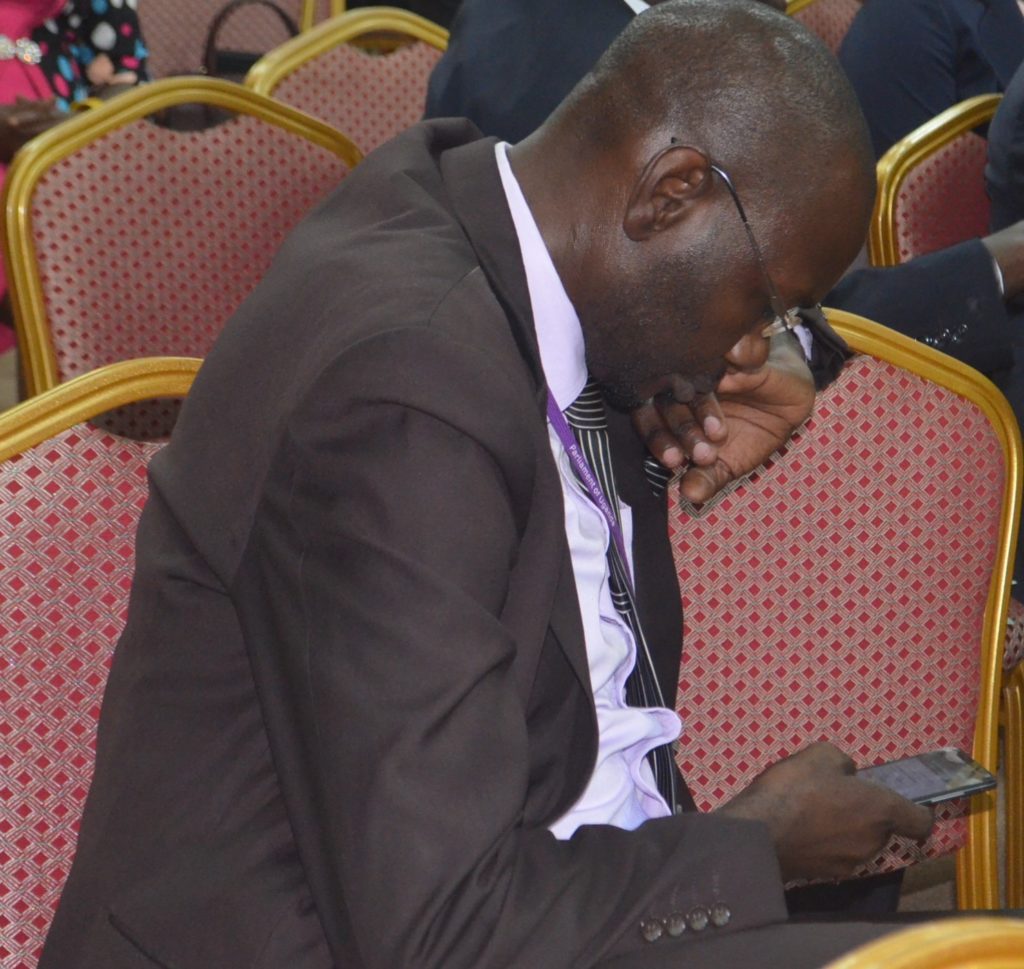 Adolf Mwesige, kicked off his support for Magyezi by saying having a presidential age cap in the constitution will be robbing people of their powers to choose their leaders as highlighted in Article 1 of the constitution.

He said Uganda should behave like its counterparts across the world.

“There is no constitution in those model democracies where there is age limit,” he said.

Jackson Kafuuzi, Kyaka South MP simply said the current provisions in the constitution in regard to age are simply rubbish.

“We remove what you don’t want and replace with what you desire. We are moving forward. The time when the constitution was made in 1995 was different and this is 1997.

“The dynamics on the ground have changed, we require an all-inclusive constitution. That is an abnormality that needs to be cured,” he argued reminding those in the room that he, actually, is a learned lawyer.

He added, “The older you grow, the more you are treasured. There is no scientific justification as to why we should have age cap in our constitution.”

By this time, the House was yelling “lets pass the motion” a la the biblical “crucify him and give us Barabbas” when Pontius Pilate asked the crowd what they wanted him to do with Jesus.  Arinaitwe Rwakajara (Workers) was quick to remind Ugandans that what they were doing has less to do with President Museveni. 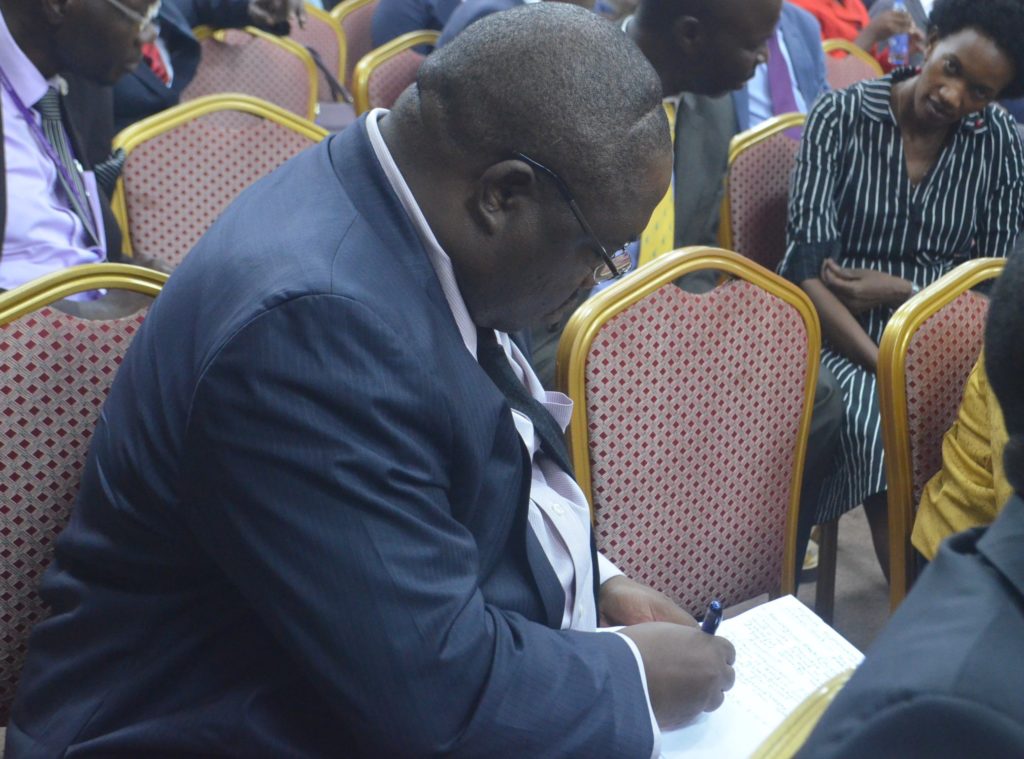 As expected the opposition was caught flat footed. On hearing what was happening at Parliament, many rushed in panting, vowing to fight the mischievous plot, the tyranny of numbers notwithstanding.

“We are fed up with age limit. We shall not wait until a ruler dies in his seat. What they did is a shame to the world. Their argument is so lame, flimsy and bogus.

“You can’t say it isn’t all about Museveni, so who is it all about? Why now? Of all the things that are hurting Uganda, why would 200 MPs sit to talk about lifting the age limit? Is that all they can do?” said Kampala Central MP Muhammed Nsereko. His pronouncements though should be taken with a pinch of salt as he is known for bulking and making a no show at the eleventh hour when needed most on such controversial issues.

He however, took a dig at his yellow counterparts calling them idle folks living in denial.

“They are betraying the nation, but they will live to pay for it. We instructed cabinet to come up with an omnibus bill of all the amendments? Why do they think they should bring a private member’s bill? Most of them were not sane enough,” he said.

He said he will save his dancing for the tunes that benefit the majority.

“I remained completely opposed to removal of age limit from our constitution because it would be like dancing to the tunes of the selfish intentions of an individual.

“This time, these fellows would be making off with a whooping Shs1 billion because I have over heard from reliable sources that fellows promoting this are hired mercenaries at a huge pay,” he said.