Uganda’s Ambassador Extraordinary and Plenipotentiary  to China Dr. Crispus Kiyonga, has presented his credentials to President Xi Jinping, at a ceremony that took place at the Great Hall of the People in Beijing on September 13 2017. 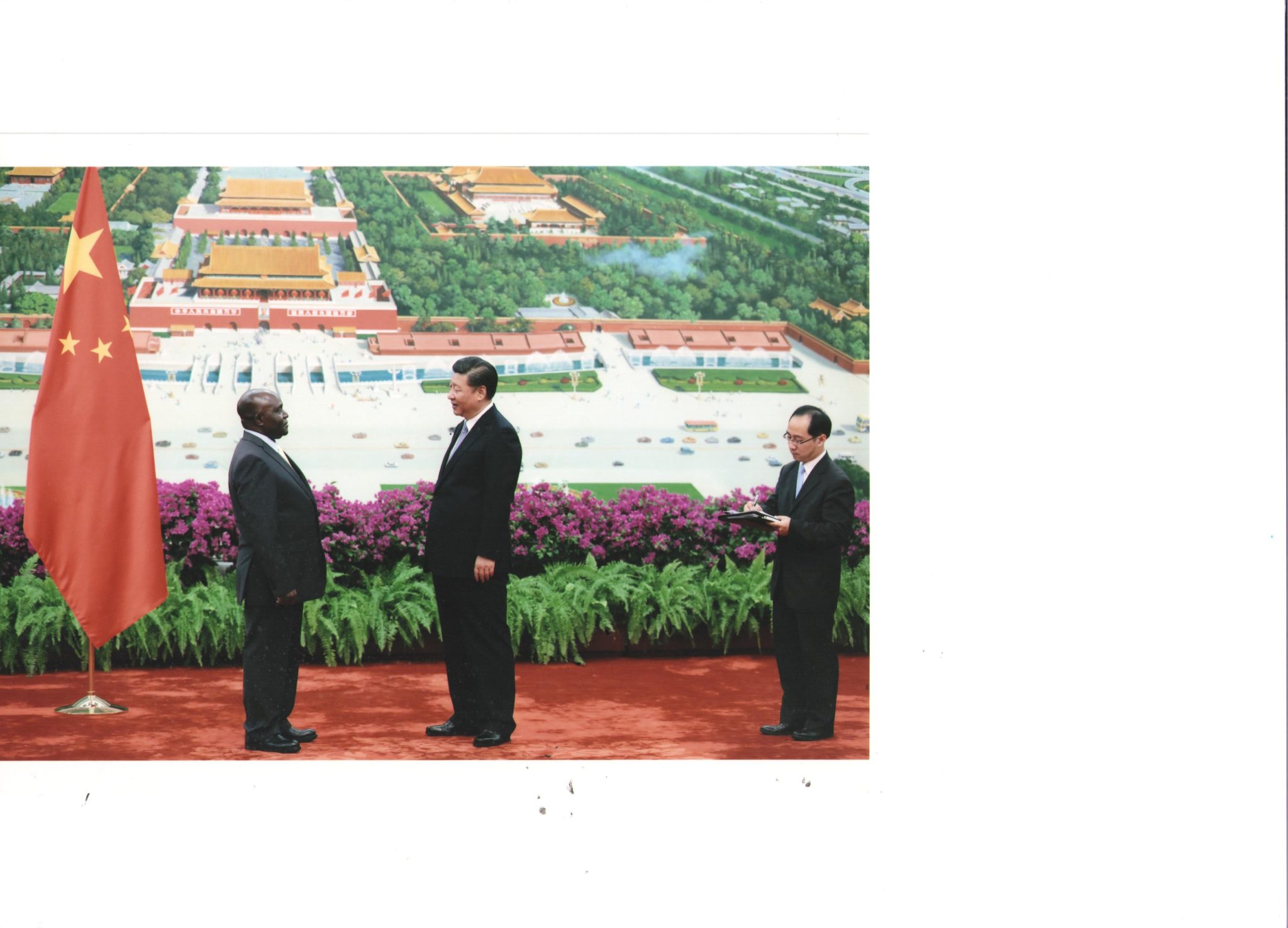 In his speech, President Xi Jinping welcomed Amb. Kiyonga to China and noted that the relationship between the two countries has grown and will continue to make further progress with the contribution of Amb. Kiyonga.

President Xi Jinping observed that the appointment of Amb. Kiyonga, a senior and experienced person, demonstrated the importance President Yoweri Museveni and the Government of Uganda attach to the relationship with China, and pledged that his Government would ensure Amb. Kiyonga succeeds in his mission.

On his part Amb. Kiyonga conveyed warm greetings from President Museveni, and noted that Uganda had benefited from the partnership with China in several areas including infrastructure development.

Amb. Kiyonga expressed the desire of Uganda to link the Forum for China Africa Cooperation (FOCAC) plans to the national development plans and vision 2040 of Uganda.

Amb. Kiyonga, who has previously served as Minister in several dockets, arrived in Beijing – China on August 20, 2017 to assume his duties as Head of Mission. He was accompanied at the ceremony by his spouse, Mrs. Alice Kiyonga. Other Uganda Embassy officials at the ceremony included the First Secretary Nelson Kasigaire and Ms. Laura Kahuga, Third Secretary.