Arua Municipality Member of Parliament Ibrahim Abirigi has been summoned by Buganda Road Court to answer to charges of easing himself in public.

Abiriga who rose to fame over his trademark of yellow suits and being an overzealous supporter of President Museveni is said to have committed the offence when he urinated on the wall of Ministry of Finance and Planning and Economic Development.

Pictures of Abiriga went viral on the internet when he was committing the alleged offence.

Yesterday Abiriga acknowledged urinating on the wall saying he was badly off as he couldn’t hold urine anymore. 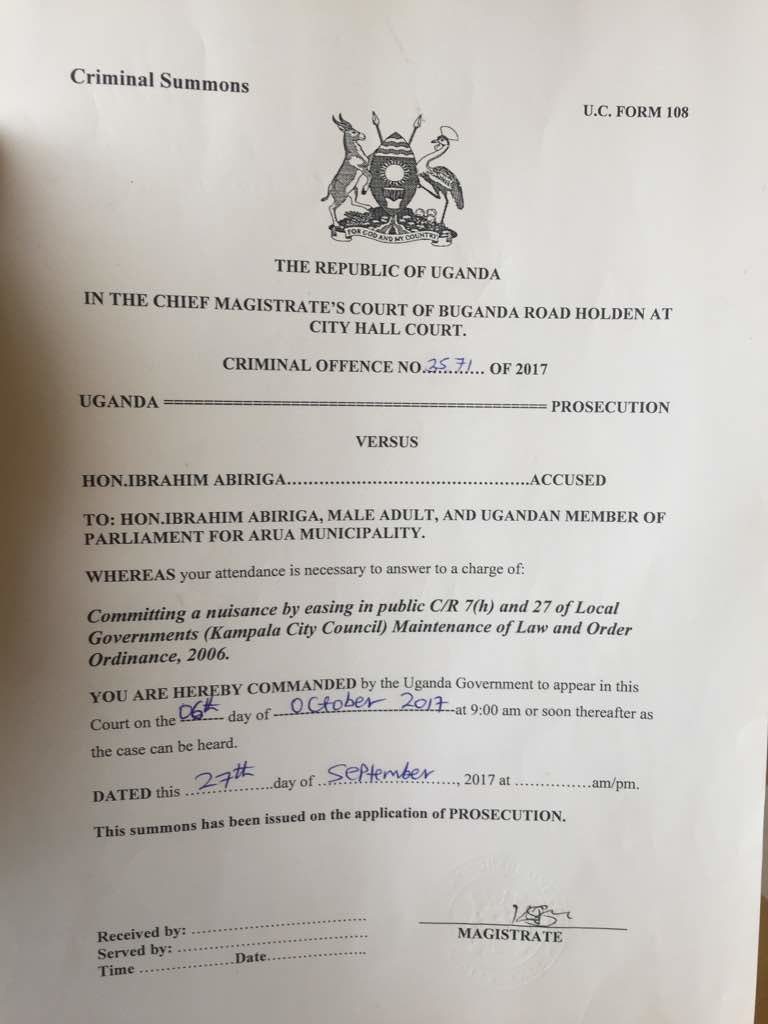 “You journalists are the ones making this a mess, yesterday I was badly off, I jumped a bit and I wanted to urinate and I did it but now you have spread it on Whatsup but for what? I was badly off and how could I keep urine on me?

Abiriga is summoned under criminal number 2571 of 2017 for committing a nuisance. Abiriga is supposed to appear in court on October 6 at City Hall.