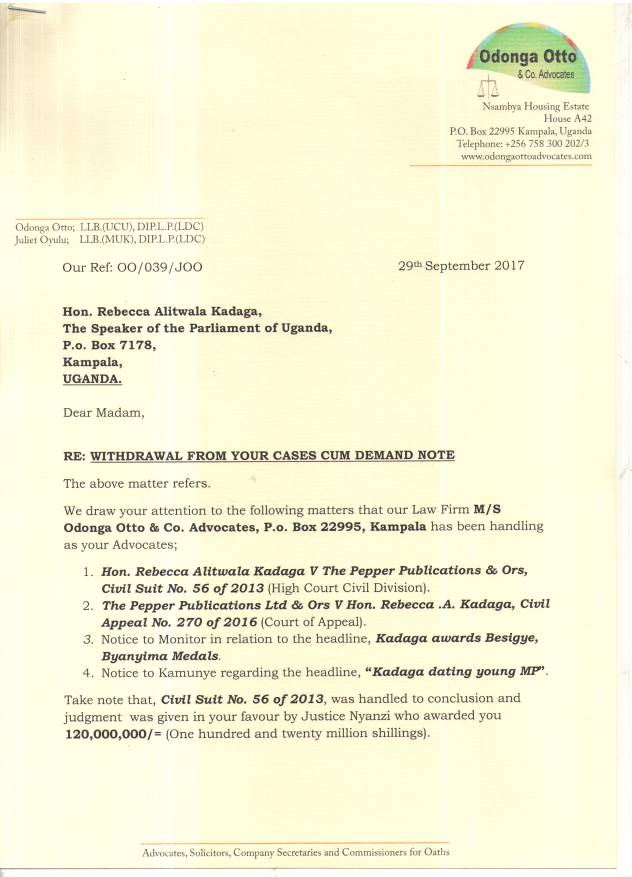 Fiery Aruu County MP Samuel Odonga Otto and all lawyers attached to his law chambers have withdrawn from representing the Speaker of Parliament Rebecca Kadaga in all the cases the legislator’s firm has been handling.

In a communication today, Ms Odonga Otto & Company Advocates informed Ms. Kadaga that the firm had withdrawn from handling civil suits the Speaker had instituted against among others, the Red Pepper Publications/Kamunye and The Daily Monitor. 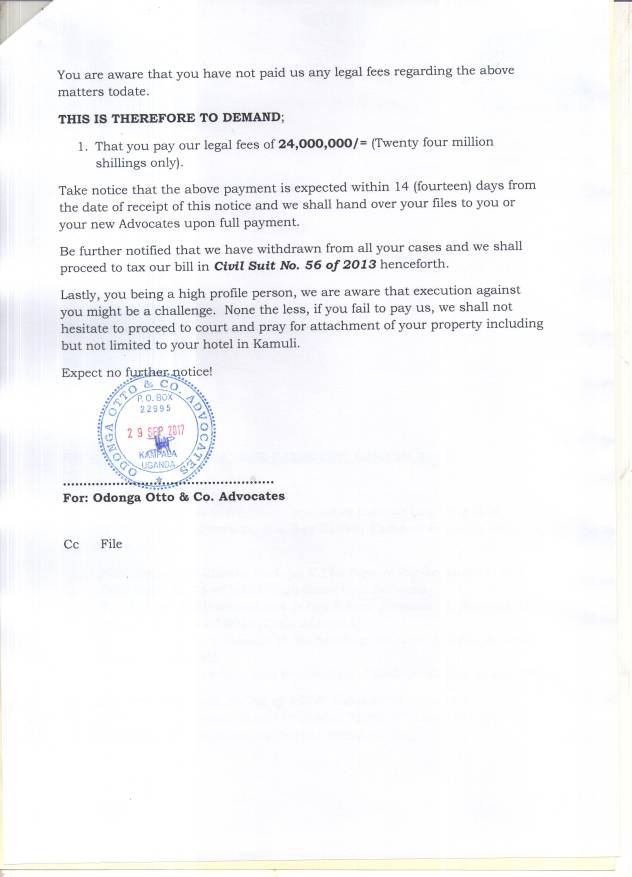 Ms Odonga Otto Advocates also asked Kadaga to pay Ushs24 million or risk being dragged to court. The development, observers say, is a result of the Speaker’s decision on Wednesday, to suspend Odonga Otto and 22 other opposition politicians from Parliament when it was set to hear a a controversial motion in respect to lifting of the presidential age limit cap of 75 years by Igara West MP Raphael Magyezi.

Earlier on Tuesday, Odonga Otto and other opposition engaged in fierce brawl in Parliament, that was occasioned by allegations that State Minister for Water Resources Ronald Kibuule had sneaked a gun into the August House.

Minister Kibuule was also suspended but this has done little to cool the embers in Parliament, with other opposition members who were not suspended boycotting sessions.