For the second time in as many days, Kampala Lord Mayor Erias Lukwago and Forum for Democratic Change (FDC) National Mobiliser Ingrid Turinawe, have been arrested for wearing and distributing red ribbons. 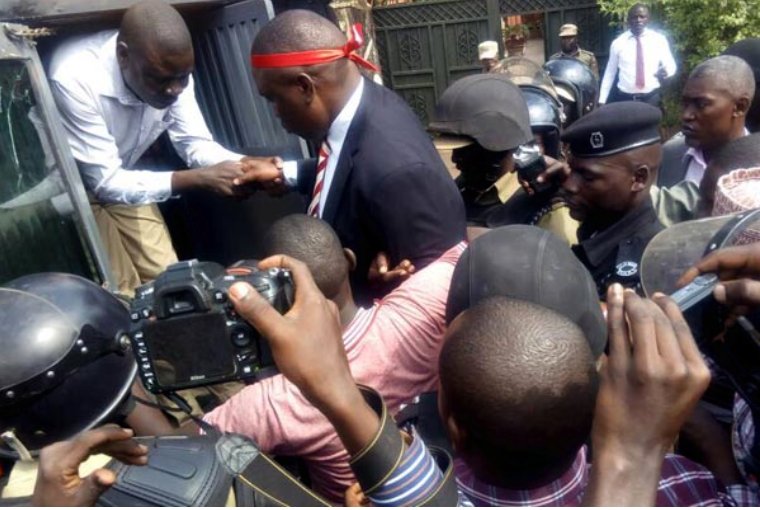 Early today, police surrounded Lukwago’s home in Wakaliga, Rubaga division claiming that they had received information that  the Mayor would engage in the ‘red ribbon protests’ scheduled for today.

And, draped in the red ribbon, Lukwago was speedily arrested and taken to Kira Police Station, where he is currently detained on the grounds that a red ribbon was meant to mobilise people to protest against the removal of the presidential age limit capped at 75 years. 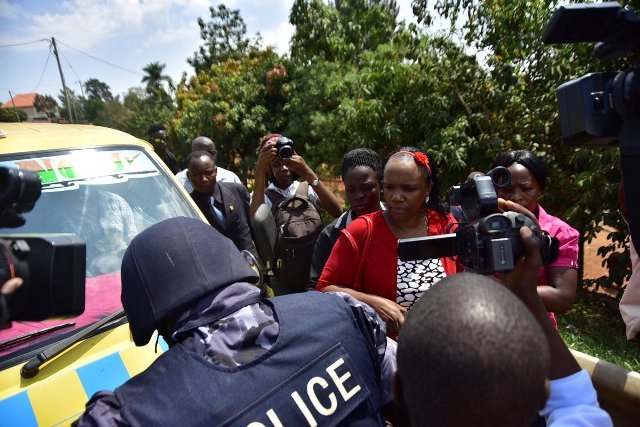 On the other hand FDC’s Ingrid Turinawe was arrested in Gayaza, Wakiso district while clandestinely distributing red ribbons to FDC supporters and other anti-age removal activists in the surrounding areas. 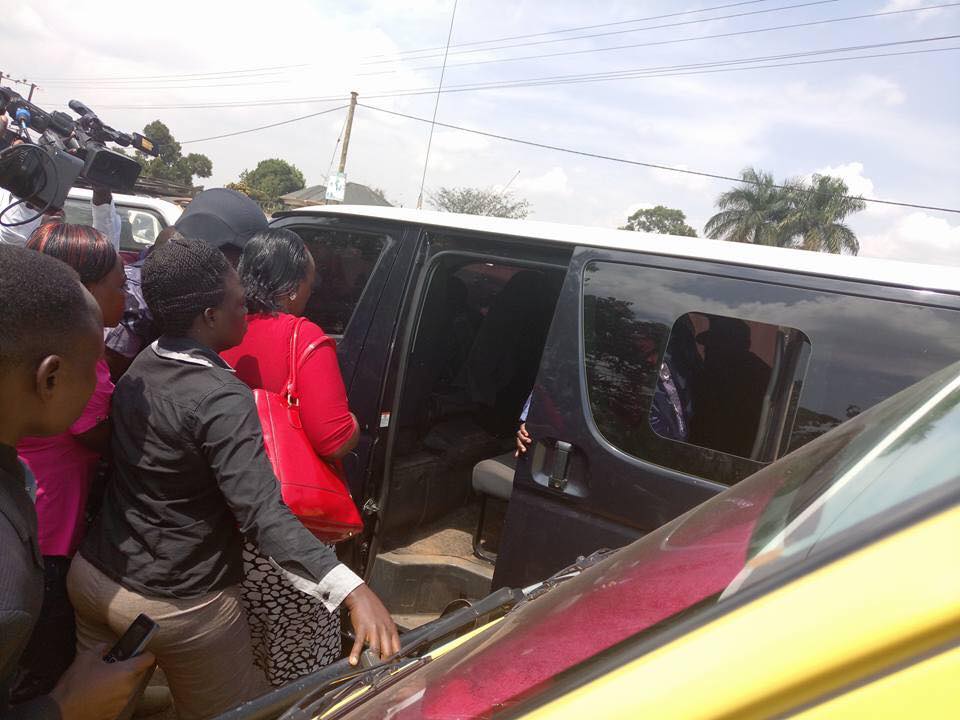 Turinawe was last week arrested in Mbarara over similar issues and whisked off to Kampala as police searched her vehicle ‘for Col. Kizza Besigye’. 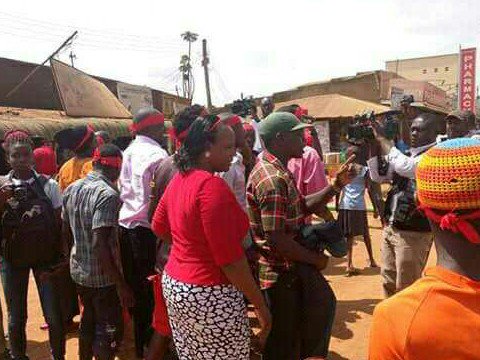 Other activists arrested today include Kyadondo East MP Robert Kyagulanyi, who was bloked by police at ‘Mbuzzi’ along Gayaza Road as he together with supporters headed to the home of Makindye west legislator Allan Sewanyana.

On Saturday, Besigye, the former FDC presidential candidate declared the wearing of red ribbons as a symbol of protest against the lifting of presidential age limit that is set at 75 years.

Those opposed to the lifting of that age limit say the move will give a lee way for President Yoweri Museveni to stand for presidency in 2021 when aged 77 years, in contravention of the 1995 Constitution.

Meanwhile, Dr. Besigye has today re- launched the ‘walk to work’ as one of the opposition strategies to bring the ruling National Resistance Movement (NRM) government on its knees.