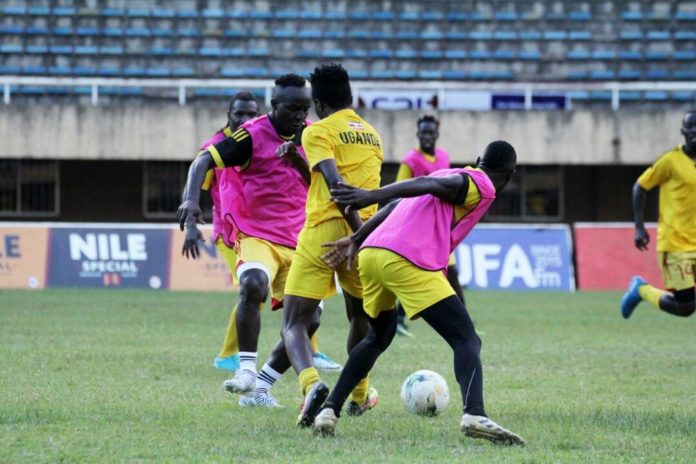 The Uganda Cranes camp has been boosted with the arrival of several foreign based players who took part in the training session ahead of the crucial World Cup Qualifier match against Ghana Black Stars on Saturday.

Tony Mawejje, who last featured for the Cranes in the 2017 AFCON, returns to the squad after missing Egypt’s double header last month. He will step in for Khalid Aucho who is suspended due to accumulation of yellow cards and Geoffrey Baba Kizito out with an injury.
Other players include; Isaac Isinde, Joseph Ochaya, Godfrey Walusimbi, Hassan Wasswa, Edrisa Lubega, Kizito Luwagga and Geoffrey Serunkuma. The rest are expected to be in the country today, and the team will have a practice game against Madagascar before the final squad is announced.

Ghana’s Black Stars, the Uganda Crane’s opponents in the 2018 FIFA World Qualifiers are in Kenya for a three-day training camp.

Uganda is second in Group E with seven points, two behind leaders Egypt while Ghana are third on 5 points and Congo Brazzaville sit bottom with just one point.