The Criminal Investigations Department (CID) of the Uganda Police has listed 13 individuals and three Non-Governmental Organisations (NGOs) it alleges are involved in subversive activities aimed at causing an uprising in the country.

According to a letter seen by Eagle Online, the NGOs under investigation include Action Aid International Uganda, Great Lakes Institute of Strategic Studies (GLISS) and Smartis Ltd. 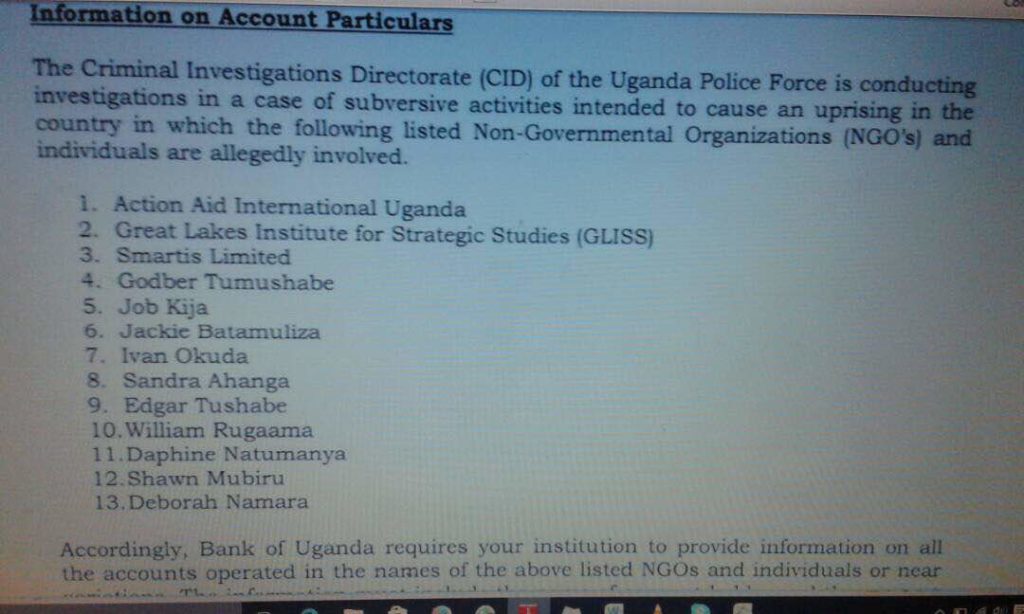 In the letter addressed to commercial banks, the CID wants to be availed with accounts details of the suspected NGOs and individuals.

“Bank of Uganda requires your institutions to provide information on all accounts operated in the names of the above listed NGOs and individuals,” reads part of the letter.

Early this month Bank of Uganda froze the accounts of Action Aid International Uganda under unclear circumstances, while activist