In April BoU Governor, Tumusiime Mutebile wrote to Sudhir notifying him of BoU refusal to renew.

“With reference to your letter dated December 9, 2016 on the above subject, I wish to advise as follows; in accordance with regulation 9(1) © and (f) and regulation 13 of the Foreign Exchange (Forex Bureau and Money Remittance) regulation, 2006, your application for renewal of the forex bureau license issued to Crane Forex Bureau Limited has been declined” Mutebile wrote.

Adding “You are further remineded that as provided for section 5 of Foreign Exchange Act,2004, no person is allowed to engage in the business of foreign exchange without a license issued by BoU”

In June, Sudhir wrote back to the Director Non-Banking Financial Institute Bank of Uganda notifying the director to refund the money that was advanced to the bank as license fee. 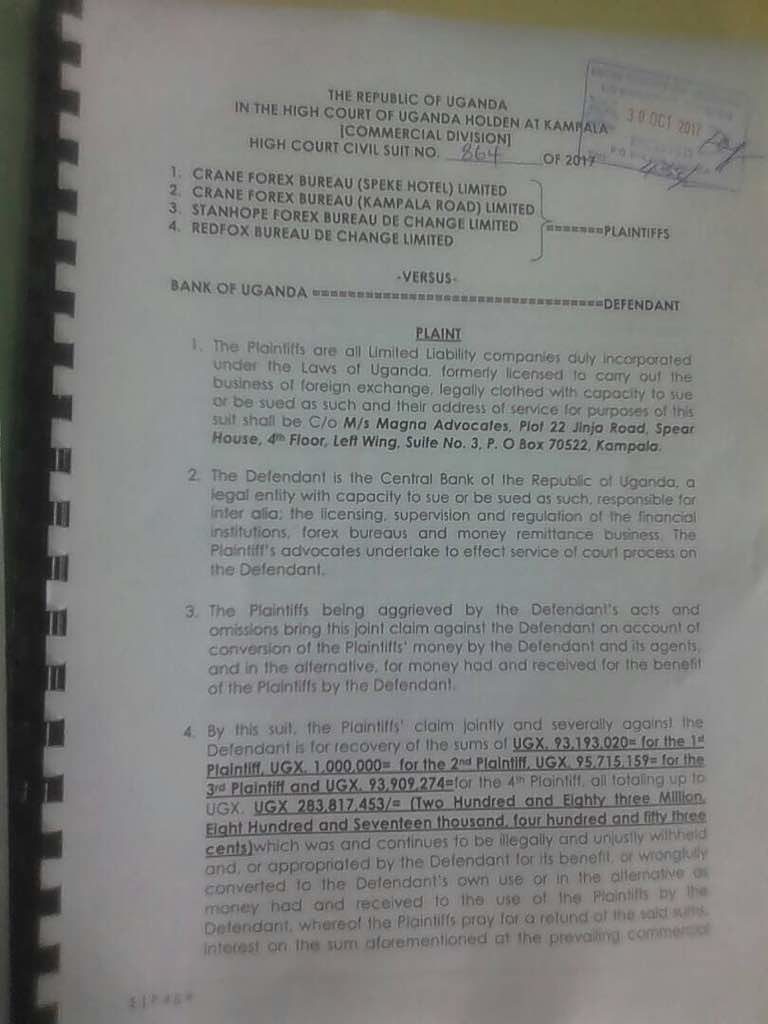 “We refer to your request of April 10, 2017 as our license was declined. We therefore, request for a refund for our license fee for 2017payment of She3 million and transfer deposits of Shs90 million. Please make refund payment in the name of Sudhir Ruparelia” Sudhir wrote.

Another director of Stanhope, K.K. Abdul Nasser wrote to the same director also requesting to refund Shs3 million on behalf of Stanhope Kampala Road and same amount for Stanhope Nakivubo branch and the refund was to be made in the name of K.K.Abdul Nasser. However, BoU hasn’t refunded the money and this has compelled Sudhir and other directors in the business to seek redress in court over BoU failure to refund the money.

In a September 22, 2017 letter to the Director defunct Stanhope forex bureau change limited by Justine Bagyenda, the Executive Director Supervision BoU, there would be no refund of the said money until the case involving BoU and Sudhir is resolved.

“With reference to your letter dated June 11, 2017, on the above subject, we wish to advise that BoU is not in position to consider any claims by Mr Sudhir Ruparelia and his associates until the court case filed by Crane Bank Limited (receivership), against Mr Sudhir Ruparelia is settled.” Ms Bagyenda wrote. 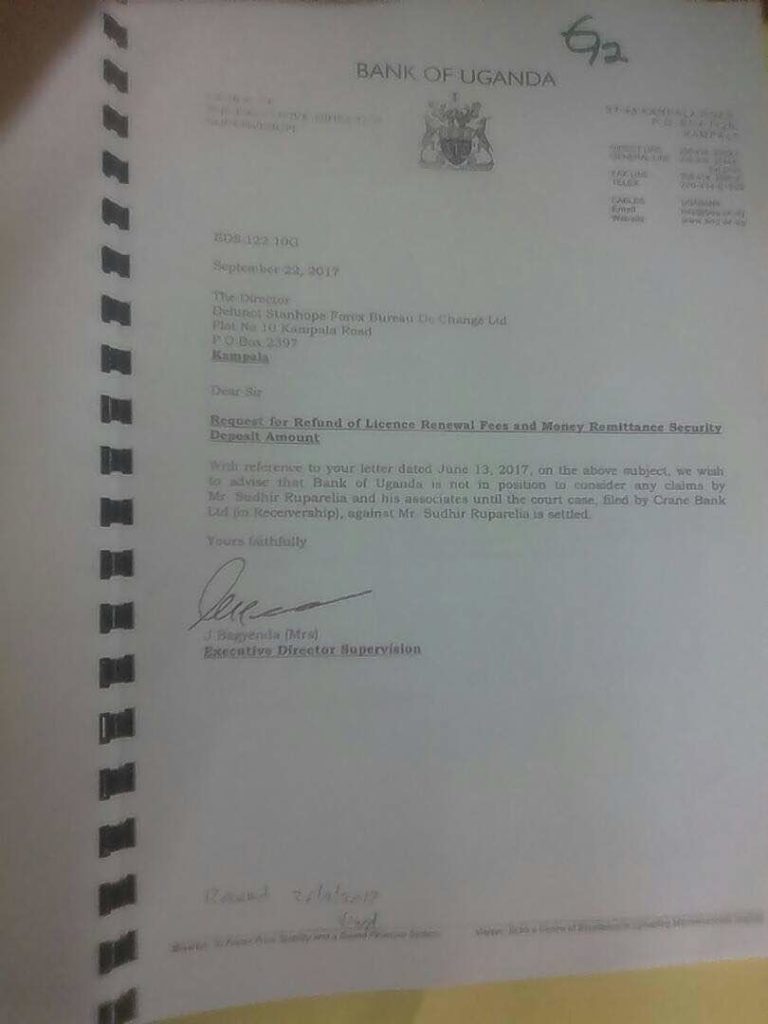 With the above response, Sudhir has now instructed his attorneys (Magna Advocates) to file a court battle against BoU and the case was filed on October 30 the Commercial Division of the High Court under case number 864 of 2017. In their submission, Magna Advocates it was unfair for BoU and in particular Ms Bagyenda to peg Crane Bank issues to other business entities of Sudhir and his associates and therefore, they want court to order BoU to refund the money with costs.