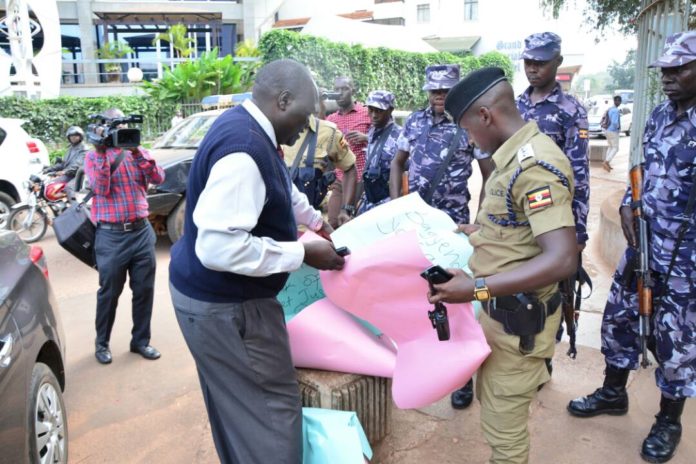 An unknown group of people have stormed Bank of Uganda with placards demanding for the ‘sacking or resignation’ of Executive Director of Bank Supervision, Justine Bagyenda.

The immediate reasons why the crowds were demonstrating aren’t clear but lately BoU has been embroiled in scandals of overspending, the latest being the Shs4 billion payment to city lawyers handling the court case involving former Crane Bank owners and BoU. 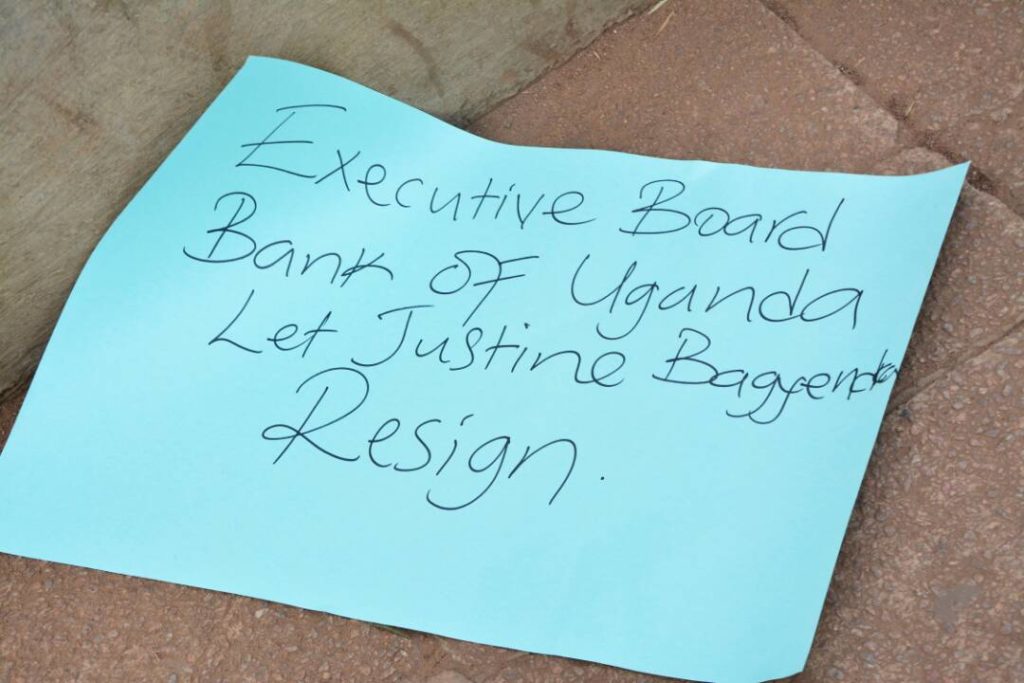 The BoU paid law firm MMAKS Advocates about Shs4 billion while at the same time the Central Bank has been questioned as to why it held a secret account in Germany with six million Euros.

Today’s demonstration came as the BoU’s top executives were supposed to appear before Parliament’s over sight committee, the Committee on Statutory Authorities and State Enterprises (COSASE) to answer to among others, queries of procuring ‘executive pens’ at astronomical amounts. 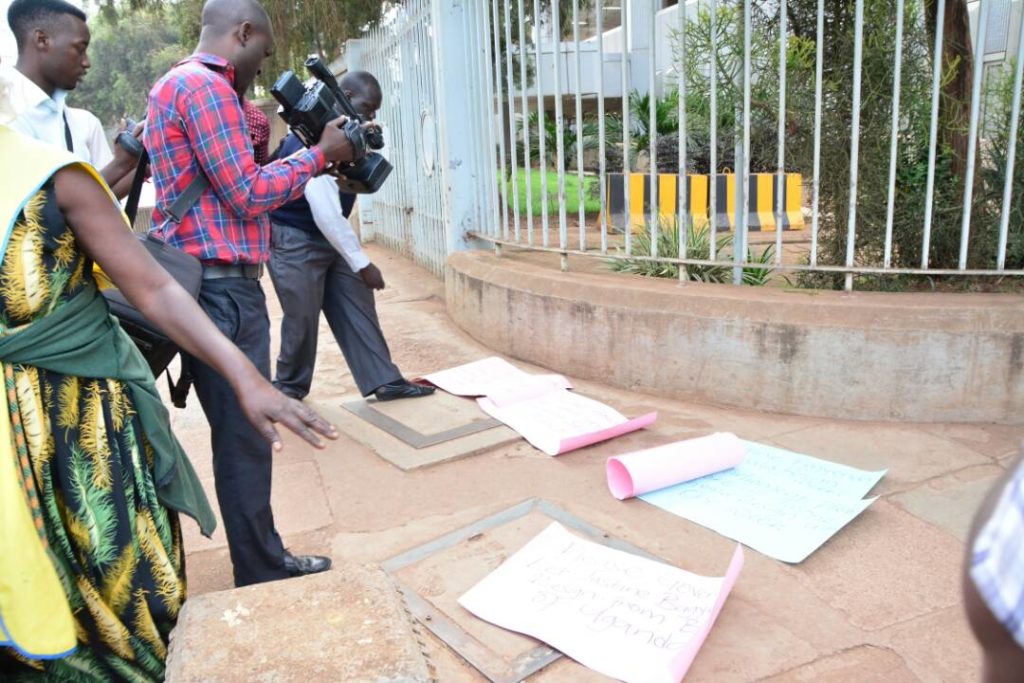 While appearing before the Parliamentary Committee the BoU officials disclosed that they bought 350 pens for the BoU Golden Jubilee Commemoration at a cost of Sh125m, with each pen valued at Shs357, 000 and causing a public uproar. 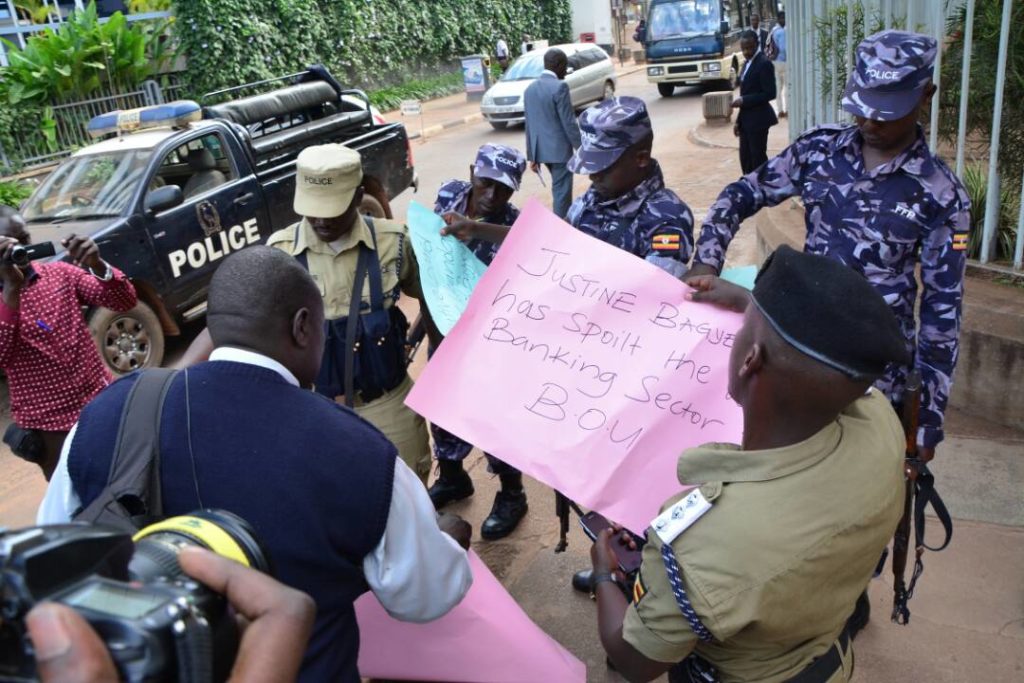 Meanwhile, two months ago the committee tasked the central bank to submit all documents regarding the audit queries for financial year 2013/14.