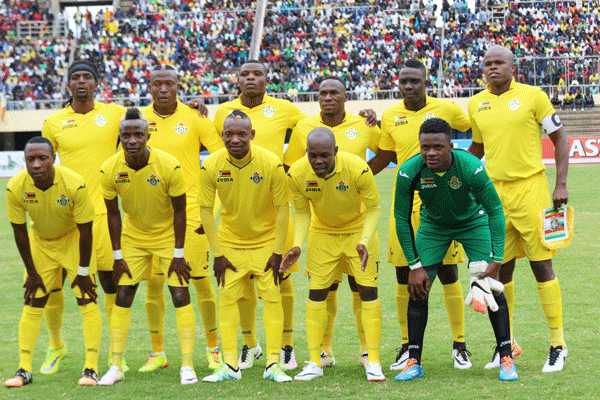 Zimbabwe has withdrawn from the 2017 Cecafa Senior Challenge Cup set to kick-off this Sunday in Kenya.

Zimbabwe, one of the two invited guest teams alongside Libya, pulled out from the regional tournament with two days to kick-off citing the ‘political insecurity in the host nation’.

Zimbabwe were in Group B alongside champions Uganda, Ethiopia, Burundi and South Sudan.

They named a 29-man squad on Tuesday and were set to kick-off the tournament against Uganda on Monday, December 4.

Meanwhile, CECAFA confirmed that the tournament will still take place and the matches will be played in Kakamega, Machakos and Kisumu between December 3 and 17.

The Zimbabwean Football Association (ZIFA) released a statement on their withdrawal:

“Following wide-ranging consultations with all stakeholders, the Zimbabwe Football Association has resolved to withdraw its commitment to participate in the 2017 CECAFA Challenge Cup due to the security risk posed by the volatile situation in the host country, Kenya. As a result, ZIFA has immediately suspended all preparations related to the commitment made earlier, to participate as a guest nation at this year’s CECAFA tournament.

ZIFA is open to future similar engagements with CECAFA and other regional bodies because such tournaments afford national teams with invaluable competitive game time. ZIFA unreservedly apologises to the tournament organisers, sponsors, the team, supporters and other stakeholders for all inconveniences caused by this sudden development.

ZIFA wishes CECAFA the best in this year’s edition and future tournaments.”