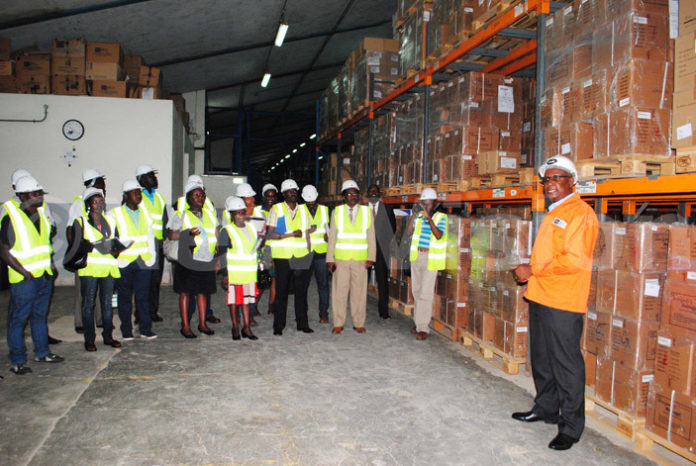 The Ministry of Health has come out to allay fears in the public, saying the country has enough antiretroviral (ARV) drugs to treat all HIV/AIDS patients in Uganda.

“The Ministry of Health would like to inform the public that contrary to the information that has been making rounds in the press and some public fora, the Country has adequate stocks of antiretroviral (ARV) drugs to manage all the patients on treatment in Uganda,” Dr Henry G. Mwebesa, the Acting Director General of Health Services says in the latest statement.

“Stakeholders and patients countrywide should be reassured that there are the right quantities of ARV drug formulations for patients to continue their treatment without any interruptions,” he says.

He says the Ministry of Health operates a dual track supply chain for ARVs involving public health facilities and the private sector, which all receive adequate ARVs supplied through the National Medical Stores and the Joint Medical Store (JMS) and Medical Access Uganda Limited (MAUL) respectively.

Dr Mwebesa says over two-thirds of patients in Uganda are supplied through the National Medical Stores. The public sector drugs, he adds, are mainly funded by the Government of Uganda and the Global Fund to Fight AIDS, Tuberculosis (TB) and Malaria. “The Private Sector commodities (drugs) on the other hand, are funded by the US Government through the PEPFAR program. However, In the last two years, the United States Government through PEPFAR have provided some resources to bridge gaps in the public sector ARV supplies,” he says.

He says that during the month of September, the quantity of second line and some pediatric ARV formulations for the public sector, fell below the acceptable buffer stock of 4months. He attributes the shortfall to some delays in the delivery of some of the ARV orders.

“As a result of this, we had to rationalize drug usage in the health facilities. This meant that instead of prescribing the normal two months of drug refills, health workers reduced the refill period to one month,” he says. The Ministry of Health also worked with District Health Teams and Implementing Partners to redistribute stock among facilities in consideration of their stock levels, he says.

He says the pending deliveries of the affected second line and pediatric ARV formulations for the public sector have now arrived in the Country and that NMS is in the process of distributing the drugs with prioritization of the districts and health facilities that were most affected by the rationalization. “For the first line formulations, the stock levels in the public sector have been and remain normal and stable. The situation for all commodities (First line and second line) for commodities in the private sector supply chain are normal and stable,” he says.
He says no funds meant for the procurement of ARVs were diverted to pay for other commodities that are not ARVs as alleged recently by some individuals in the media. “In fact, any additional funds such as from the programming of other activities are allocated to procurement of ARVs. For instance, in the current Global Fund grant, United States Dollars 19million was reprogrammed to procure ARVs to bridge the public sector gap,” he says.

He says the Ministry of Health appreciates the partners who provide resources for the procurement and delivery of these important lifesaving drugs. “We appreciate the contribution of the United States Government through PEPFAR, the Global Fund for AIDS, TB and Malaria and the Government of Uganda for these efforts,” he says.