Masengere Building, one of the properties of Buganda Kingdom, will get a facelift as Uganda’s top paint manufacturer, Sadolin, has kicked off activities to repaint it since was commissioned in 2015 by the Kabaka – Ronald Mwenda Mutebi II.

The function to kick-start the repainting of the building located in Mengo was presided over by her Royal Highness Princess Joan Nassolo, who commended Sadolin, a brand of AkzoNobel, for the good Christmas gesture, adding that Buganda Kingdom intends to work with the company for the years to come.

Princess Nassolo, who said Sadolin has worked with Mengo in the past, appreciated the management and directors of AkzoNobel for always giving back to the community. She urged other companies to emulate Sadolin. 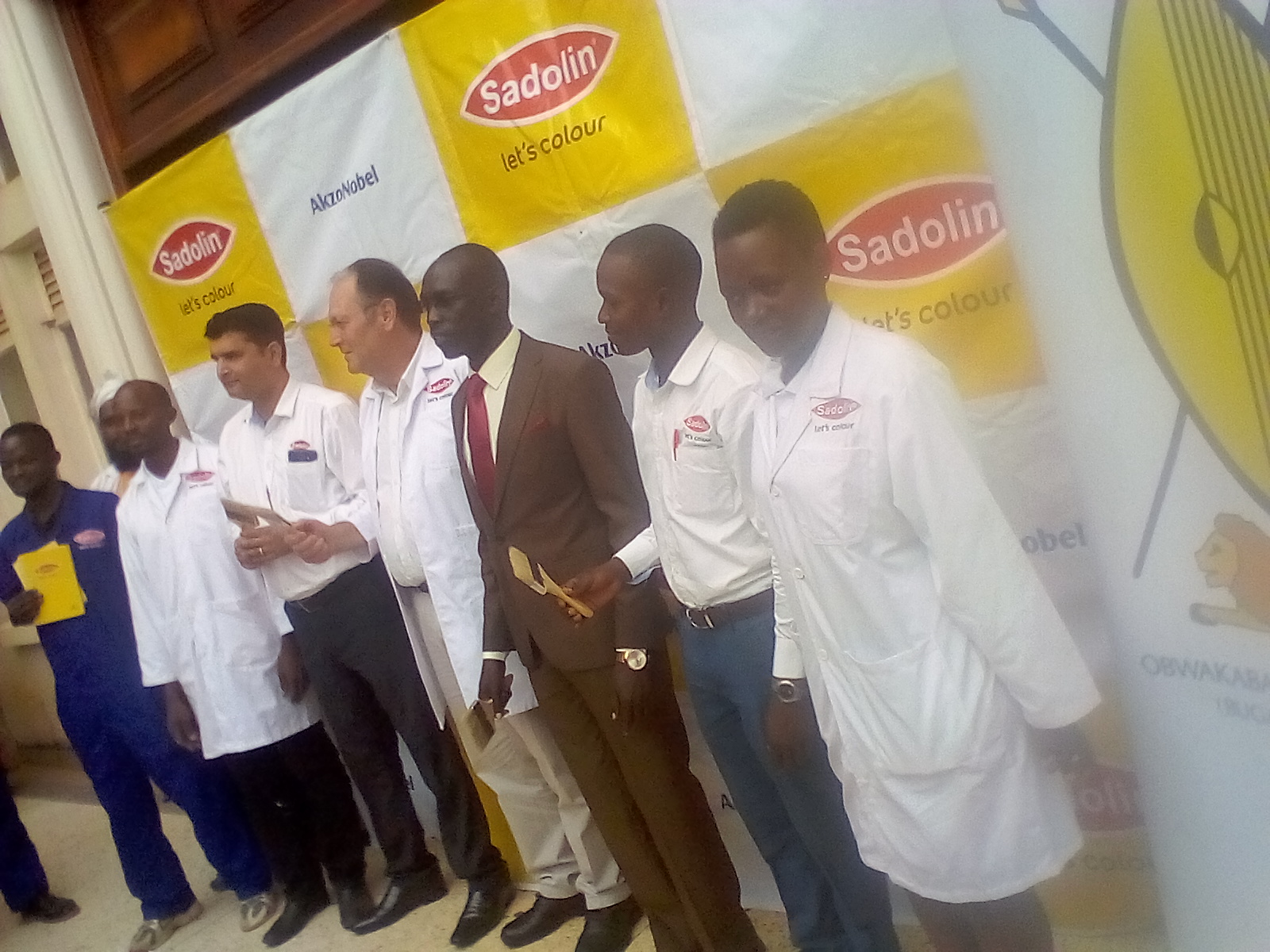 AkzoNobel’s planning and execution manager, Deon Nieuwoudt, who together with Mengo officials commissioned the painting, said the gesture was part of the company’s social corporate responsibility.

Nieuwoudt said Sadolin as a brand of AkzoNobel was grateful in partnering with Buganda Kingdom.

“We take great pride in giving back to communities,” he said adding that the company’s focus is on serving both customers and consumers well. “We have the culture of winning with the people that we serve,” he said.

Nieuwoudt lauded the painters, clad in Sadolin-branded overalls, who have voluntarily decided to paint the building free of charge. He said the company remains committed to partnering with Buganda Kingdom in the future.

Speaking at the function the Speaker of the Buganda Lukiiko, Nelson Kawalya, said Sadolin’s decision to paint the historical building was a good cause.

“All of us are going to benefit,” Mr. Kawalya said, adding that he has been using Sadolin paint on his house.

The function was also attended by Buganda State minister of culture and tourism, Yusuf Wamala Ggaganga.

Sadolin Paints re-launched on the Ugandan market and announced Crown Group, manufacturers of Regal Paints as their new local partners. Through a toll agreement and partnership, Crown Group will oversee the Sadolin Paints sales and distribution network.

In December, Sadolin Paints financially supported the Uganda Society of Architects Annual General Meeting (AGM) in Kampala, which was also part of the company’s corporate social responsibility. Sadolin was founded by Gunnar Sadolin in 1907and has been owned by AkzoNobel since 1987.

Meanwhile, Sadolin is investing US$3 million in a new paint plant in Namanve industrial Park expected to be launched next year.