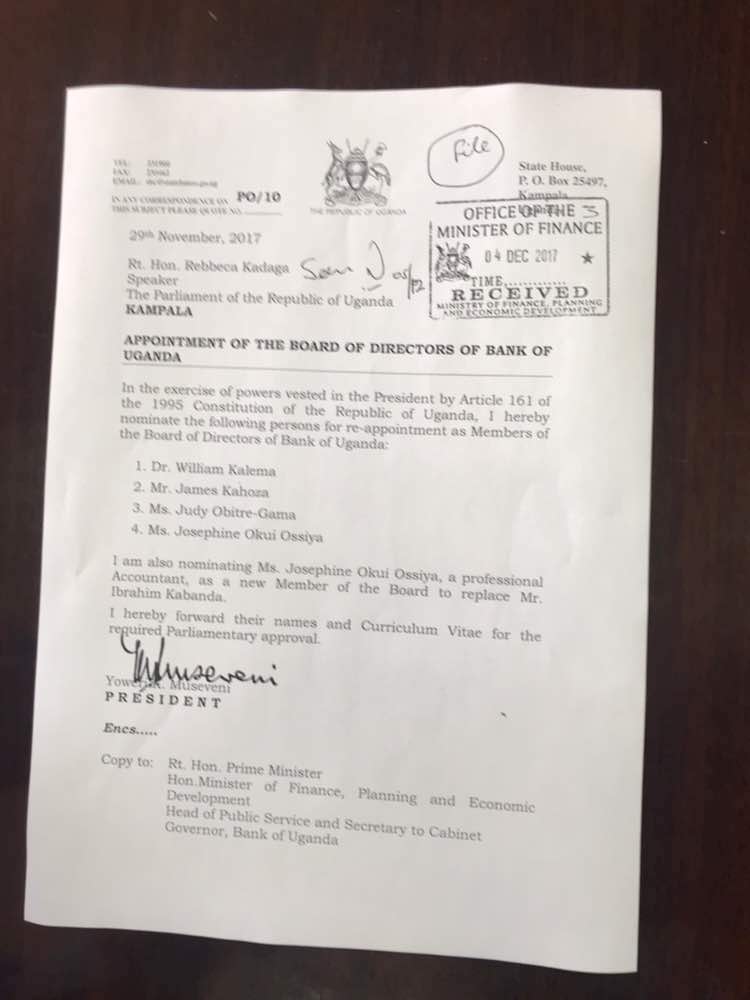 “In the exercise of powers vested in the President by Article 161 of the 1995 Constitution of the Republic of Uganda, I hereby nominate the following persons for re-appointment as members of the board of directors for Bank of Uganda.” Mr Museveni wrote 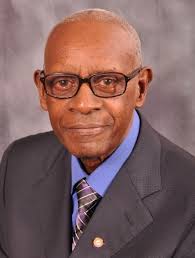 Adding “I hereby forward their names and curriculum vitae for the required Parliamentary approval” he wrote in a letter copied to the Prime Minister, Minister of Finance, Planing and Economic Development, Head of Public Service and Secretary to Cabinet and Governor Bank of Uganda. 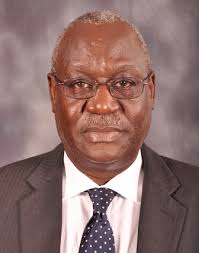 Bank of Uganda lately has embroiled in many scandals mainly under its supervisory department with over two big commercials banks closed in a period of less than four years while at the same time the bank is under spotlight for overspending on procurement of pens and hiring of private lawyers.