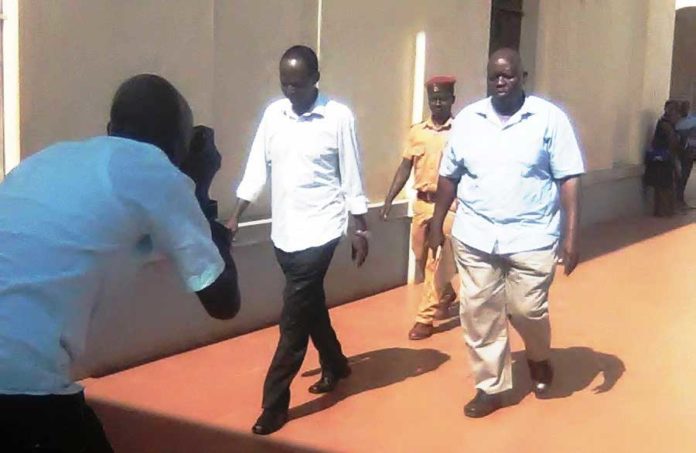 On July 10 last year Mr. Kyambadde was committed by High Court executions division to the correctional facility after he failed to pay a Shs1 billion debt to city businessman Amdan Khan.

Businessman Khan accused Kyambadde of defrauding him in 2012, telling court that the latter approached him with a forged letter from State House, claiming that President Yoweri Museveni had given him a house, and that he (Kyambadde) was vending it.

Khan offered to buy the house and gave US$300,000 to Kyambadde as down payment but the house never existed and this forced the businessman to seek redress from court, resulting in Mr. Kyambadde’s arrest and subsequent incarceration.

And contacted today, Uganda Prisons spokesperson Frank Baine confirmed the release but said he wouldn’t divulge details because he was requested by Mr. Kyambadde to treat the matter as private.

“What is special about Kyambadde? Ask the wife whether he has reached home. He asked me for privacy but for now ask his family.” Mr. Baine told EagleOnline.

Meanwhile, after Mr. Kyambadde serving the six-month civil prison, he could face criminal charges if he fails to pay up, and the judgment debtor presses on with litigation.