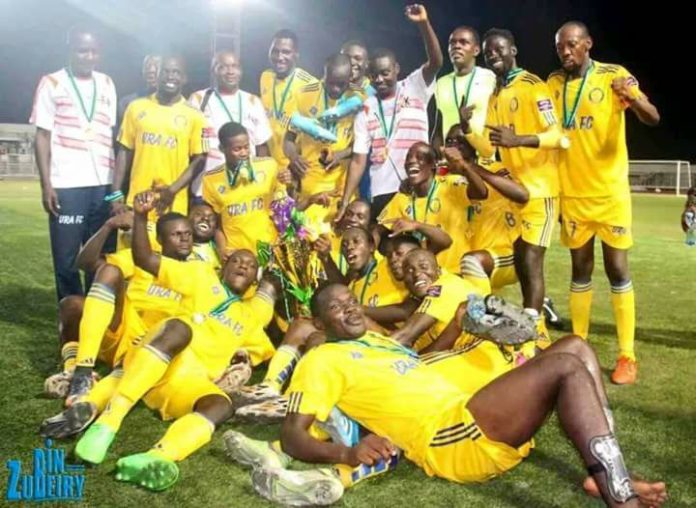 Uganda Revenue Authority advanced to the final of the 2018 Mapinduzi cup after defeating Tanzanian club Yanga 5-4 in a penalty shootout. Fulltime had ended goalless.
Patrick Mbowa, Ibrahim Kibumba, Shafik Kagimu, Jimmy Kulaba and Brian Majwega scored URA’s spotkicks.
The tax collectors will face Tanzanian premier league side Azam in the final this Saturday at the Amaani stadium in Zanzibar.
Azam defeated Singida United 1-0 with a late goal from shabaan Idd.
It will be a replay of two sides who met in the group stages in which URA won 1-0.
URA and KCCA FC are the only Ugandan sides to have won the tournament.