Government has issued new guidelines on foreign trips undertaken by its officials saying such travels should be restricted and limited to few most important ones.
In a letter to Ministers, State Ministers, Permanent Secretaries, head of government agencies Prime Minister, Dr. Ruhakana Rukunda says the move is aimed at reducing expenditure on foreign trips and have the money allocated for other domestic work.
“As you all aware, H.E the President has noted with great concern that a lot of government expenditure is incurred on travel abroad by public officers, he further directed that this should stop. This is therefore, to communicate to you the directive of H.E the President and to further guide on how the clearance for travel abroad will be handled henceforth.” Dr. Rukunda wrote. 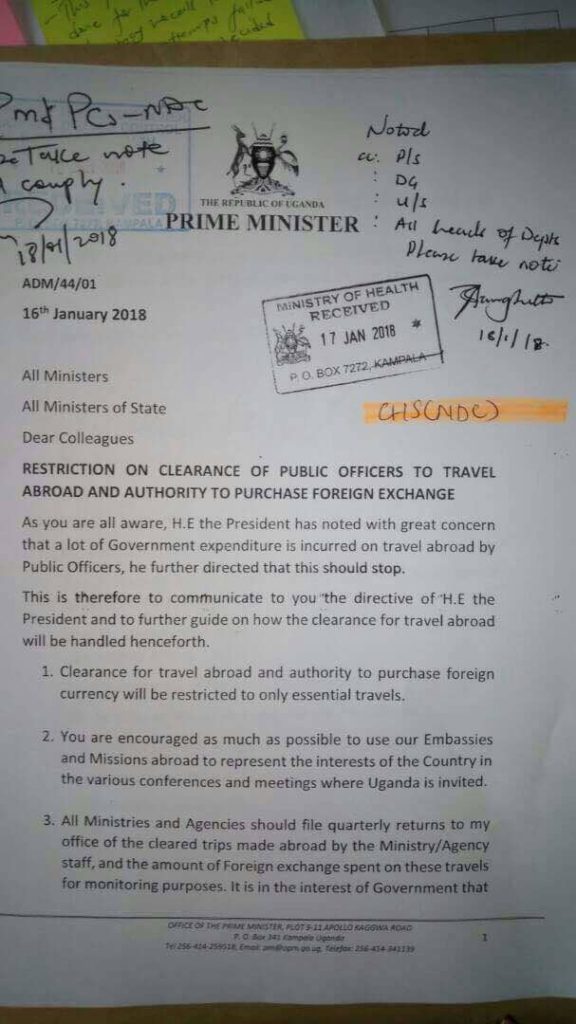 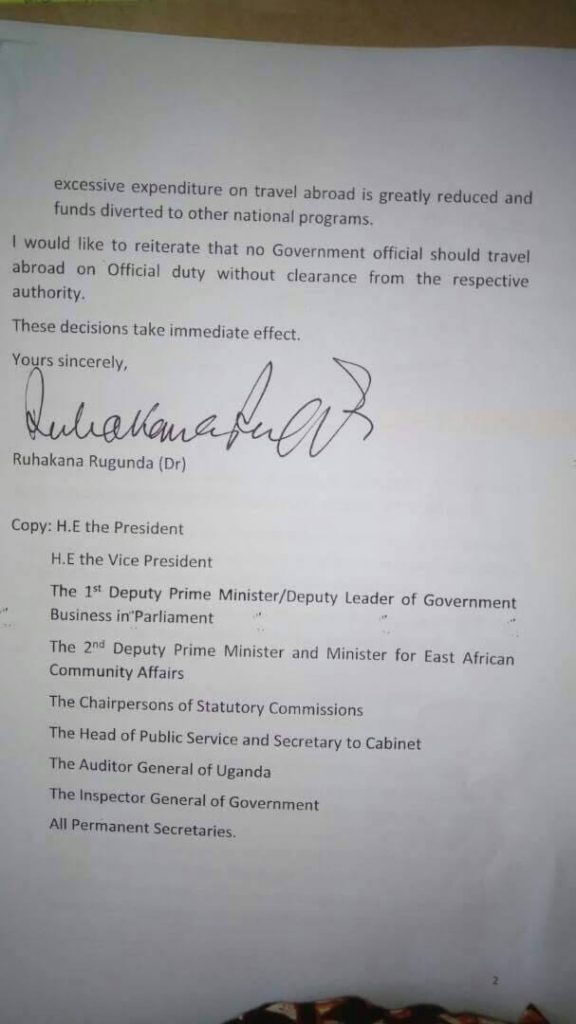 Dr. Rukunda says clearance for travel abroad and authority to purchase foreign currency will be restricted to only essential travels. “You are encouraged as much as possible to use our embassies and missions abroad to represent the interests of the country in various conferences and meetings where Uganda is invited.”
In his letter, Dr. Rukunda further directed ministries and agencies to file quarterly returns to his office of the cleared trips made abroad by such ministries and agency staff including the amount of foreign exchange spent on the travels for monitoring purposes.
“It is the interest of government that excessive expenditure on travel abroad is greatly reduced and funds diverted to other national programmes. I would like to reiterate that no government official should travel abroad on official duty without clearance from the respective authority. These decisions take immediate effect.”

Betrayal in the city! How Lumbuye was netted.

Violence in schools leads to $11 trillion loss in lifetime earnings